These are Ofcom's most senior leaders. They head up groups within Ofcom and form the core of our Policy and Management Board. 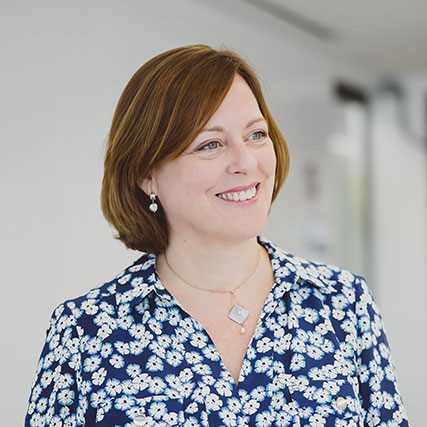 Dame Melanie Dawes joined Ofcom as an Executive Board Member and Chief Executive on 2 March 2020.

Prior to joining Ofcom, Melanie was Permanent Secretary at the Ministry of Housing, Communities and Local Government (2015-2020). She has held senior roles across the Civil Service, working in partnership across the public and private sectors. She became the overall Champion for Diversity and Inclusion in the Civil Service in 2019.

She started her career as an economist and spent 15 years at the Treasury, including as Europe Director. She was Director General of the Economic and Domestic Affairs Secretariat at the Cabinet Office between 2011 and 2015, and prior to that she served on the Board of HMRC as Head of Business Tax. She was Director General for Business Tax from November 2007, which involved responsibility for all the business taxes and duties as well as leadership of the department’s relationships with big business. From 2009, she also led the development of HMRC’s overall strategy as a department.

She has held non-executive roles including with the consumer body Which? and is a trustee of the Patchwork Foundation, which promotes the participation of under-represented young people in democracy. 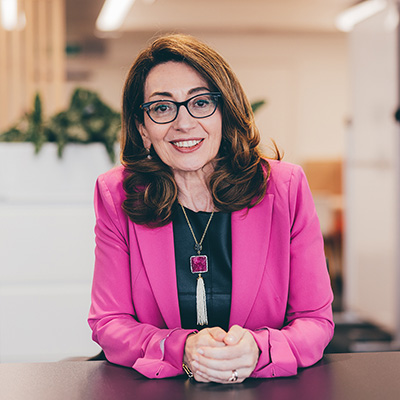 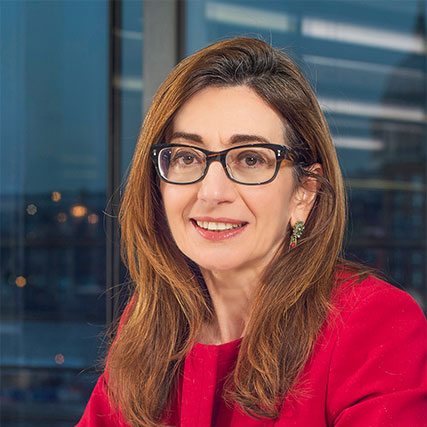 Luisa Affuso is our Chief Economist, and Economics Group Director, leading our economists who help to ensure our decisions are underpinned by expert economic analysis.

Luisa has over twenty years’ experience in the application of competition, regulatory, and industrial economics. She specialises in applying economic and econometric analysis to complex competition and regulatory questions.

Luisa joined Ofcom in October 2018 from PwC, where she headed the Competition Economics advisory practice.

Before becoming an economic consultant, Luisa was Director of Studies and Fellow in Economics at Robinson College, Cambridge; and a Research Fellow at Cambridge and then the London Business School. She is currently a Senior Member of Robinson College.

Kevin Bakhurst is Group Director for Broadcasting and Online Content, overseeing our broadcast and online regulation and policy. He is also a member of the Ofcom Board and Ofcom’s Content Board.

After graduating from Cambridge University, Kevin worked at Price Waterhouse before joining the BBC as a researcher in 1989. He went on to edit the Ten O’Clock News, becoming Deputy Head of the BBC Newsroom and Controller of the BBC News channel and BBC News at One. During his time editing BBC news bulletins, the programmes won awards from organisations including BAFTA and the Royal Television Society.

Outside work, Kevin was a Magistrate from 2000 until 2006. He is interested in languages, history, film and travel, and he is a lifelong supporter of Chelsea FC. 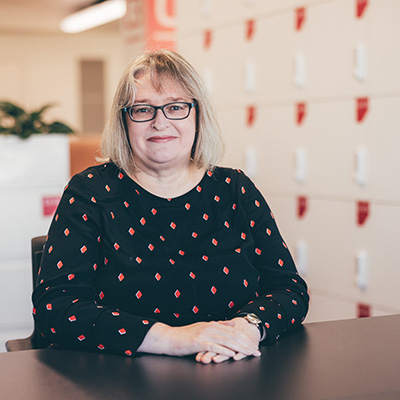 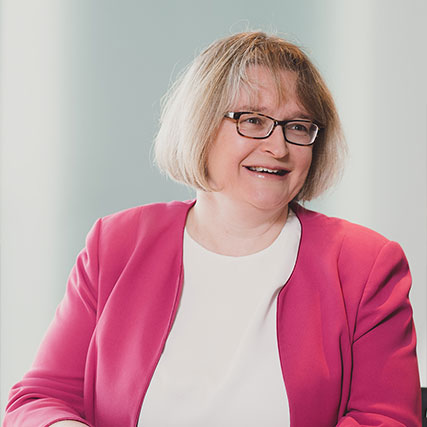 Lindsey Fussell joined in Ofcom in 2016 and is Group Director for Networks and Communications, leading Ofcom’s work in the telecoms, post and network sectors, where we aim to protect consumers’ interests and promote competition. She was appointed to the Ofcom Board in December 2020.

Before joining Ofcom, Lindsey held a range of senior leadership roles in the Civil Service. She was Public Services Director at HM Treasury, where she led on devolution, education and culture, defence and criminal justice, and was responsible for delivering key aspects of the 2013 and 2015 Spending Reviews. Lindsey is also a lay member of York University’s governing Council.

Philip Marnick is our Spectrum Group Director, responsible for setting and implementing the strategy for managing the UK’s airwaves.

His group works to clear radio spectrum and award it for other uses. It also licenses airwaves for certain uses, monitors how they are used and enforces our rules.

Philip has over 30 years’ experience within the wireless communications industry. He has held senior executive positions covering technology, operations and strategy. 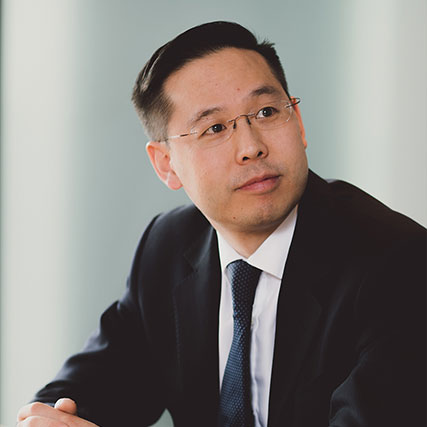 Yih-Choung Teh is our Group Director for Strategy.

Yih-Choung was previously a Director in Ofcom’s Competition Group, where he has worked on issues including Ofcom’s strategy to encourage investment in telecoms infrastructure such as full-fibre networks.

Before joining Ofcom, Yih-Choung worked for a strategy consultancy in the telecoms sector, providing policy and strategy advice to public and private sector clients globally. 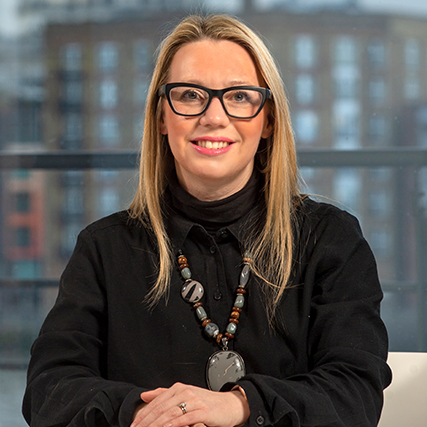 Prior to joining Ofcom Kerri was People Director, Culture and Organisational Effectiveness at House of Fraser and has held senior roles at Aviva both in the UK and internationally including its first Head of People Analytics and Future Workforce.

Kerri is a Chartered Fellow of the CIPD. She was educated at Durham University where she obtained a BA in History. She studied Organisational Psychology at the University of London and Executive Education at University of Oxford – Saïd Business School and the Centre European d’Education Permanente (CEDEP).

Martin Ballantyne is Ofcom’s General Counsel and Legal Group Director. He has been a Legal Director in Ofcom’s Legal Group since 2011, and provides advice for all policy areas within Ofcom, as well as overseeing litigation when our decisions are challenged in the courts.

Before joining Ofcom, Martin worked as a competition lawyer at the city firm, Macfarlanes. He studied law at the Universities of Exeter, and Tübingen, Germany. 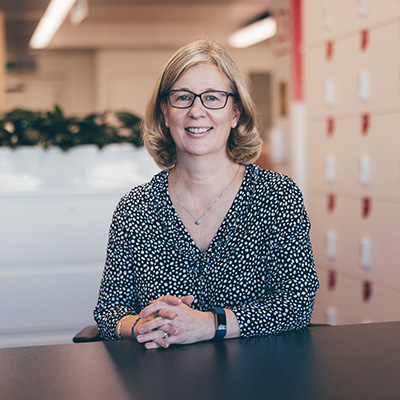 Before joining Ofcom in September 2020, Melissa held a range of senior leadership roles at public bodies, most recently as CEO of the Valuation Office Agency and Tax Assurance Commissioner for HMRC. Melissa was made a Commander of the Order of the British Empire in June 2016.

Melissa is Vice Chair at Queen Mary University of London.

Sachin spent nine years at Amazon in the UK and USA. Prior to joining Ofcom, Sachin was the General Manager for Alexa Smart Home International – overseeing tech and commercial development of the company’s voice-activated services and organisational leadership worldwide. A highly experienced technology leader, Sachin has also held senior technology and business roles at AOL and advertising.com.

Passionate about the application of ‘tech4good’ initiatives, Sachin chairs the British Heart Foundation’s Technology Advisory Group to accelerate tech advancement and innovation within the BHF. He has supported numerous initiatives to help elevate people from disadvantaged backgrounds, including the not-for-profit Amazon Future Engineer programme, was a founding member of their London Charity Committee and mentored trainee teachers at TeachFirst. He is a digital and technology trustee and non-executive Director at City Year UK, a charity that helps to close education attainment gaps and give young adults a headstart in their early careers, as well as being a volunteer at BeTheBusiness, where he mentors senior leaders at UK-based small to medium-sized enterprises. Other interests include playing tennis and art, along with the bleeding edge of technology and retaining his roots in Physics through supporting the Institute of Physics and their numerous outreach initiatives.