In 1929, Baldock Radio Station opened its doors for the first time. That was the start of a nine-decade journey (and counting) that would see it evolve from a radio receiving station to the home of Ofcom’s work on managing the airwaves. Baldock Radio Station began operating in 1929. It was created as a part of the Imperial Wireless Chain, an international communications network to link the countries of the British Empire. In that same year it helped to complete the first transatlantic radiotelephone call, made to the UK from Rocky Point, New Jersey, USA.

In 1938, Baldock Frequency Control Station opened at the same location as the main radio station. The new frequency control station played a vital role in keeping the radio spectrum clear of interference, which remains a key function of the station today.

Baldock’s role changed dramatically with the onset of the Second World War. It became one of many locations which conducted the UK’s wartime surveillance operations. Baldock would intercept transmissions from German U-boats – these intercepted messages were then sent to Bletchley Park to be decoded by codebreakers. This was a decisive factor in the Allied forces ultimately emerging victorious.

Most of the documents recording the station’s wartime activities were destroyed at the end of the Second World War, so not much detail of Baldock’s role exists. However, there is an ongoing research project to unearth the mysteries of Baldock’s activities during the war.

Around this time, the station also began to go by the name of ‘Slip End’ – owing to a nearby town of the same name – and was duplexed with Rugby Radio. A duplex radio system allows two-way communications, meaning both parties on a telephone call can talk at the same time. In this case, Baldock was the listening station (receiving) and Rugby the sending station (transmitting).

After the war Baldock joined the International Telecommunications (ITU), which gave its monitoring work a new global context. The data it collected would now be shared with other monitoring stations around the world, to help coordinate international responses to radio wave interference. Even today, as a member of the ITU Baldock plays a key role in allocating global radio spectrum – ensuring that no country’s wireless technology interferes with that of other countries. 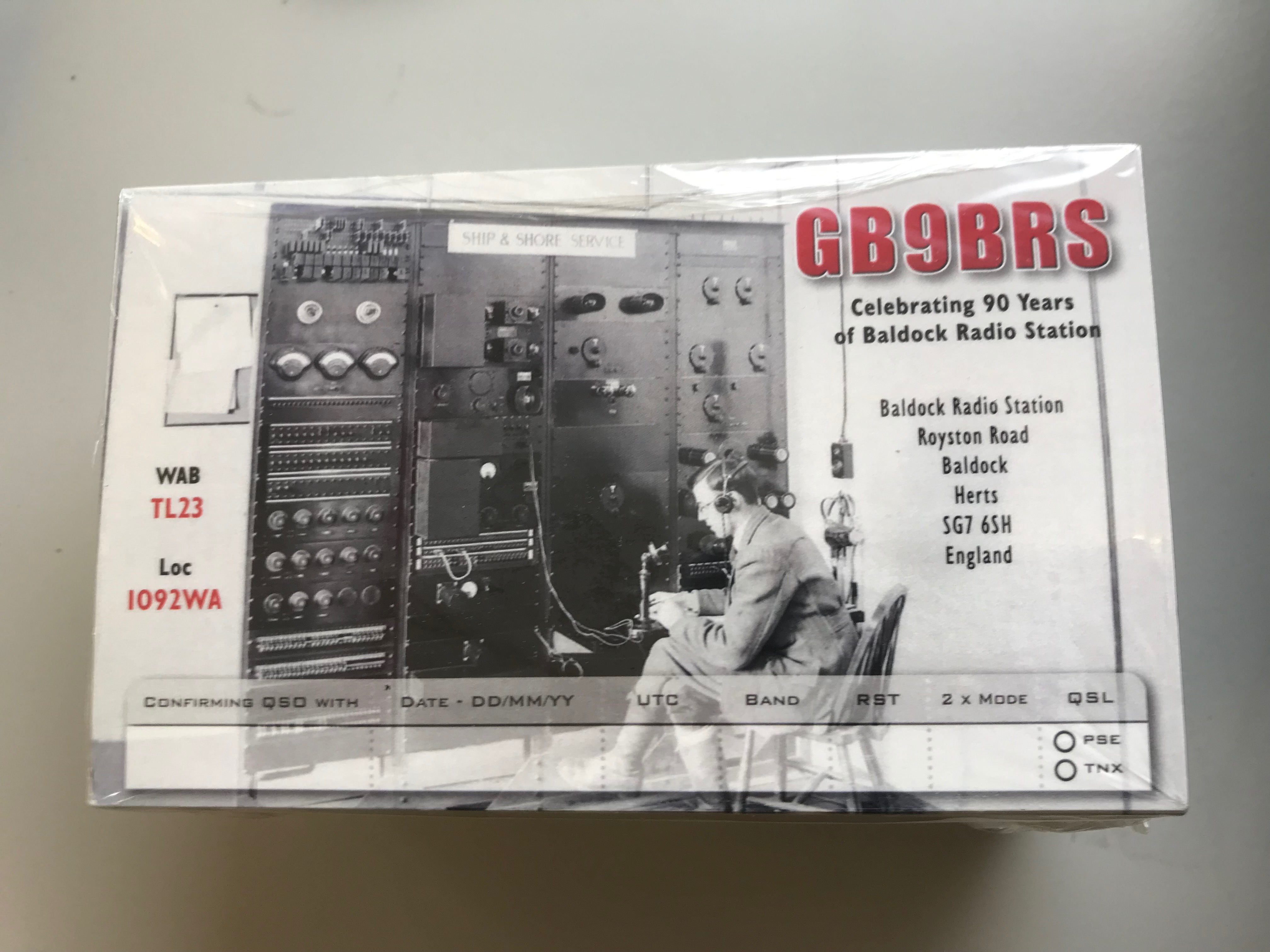 A special QSL card to commemorate Baldock's 90th anniversary. A QSL card is a written confirmation of a two-way radiocommunication between two amateur radio stations

Stewardship of the station has changed several times in its 90-year history. Five different regulators were brought together under the Communications Act 2003 to create Ofcom, and we have managed Baldock ever since.

1938: The Baldock Frequency Control Station opened on the same site as the existing receiving station.

1969: The General Post Office (GPO) was the first organisation responsible for the station. The GPO became a corporation in 1969 and responsibility was transferred to the Ministry of Post and Telecommunications.

1974: The Ministry was dissolved, and its functions split between the Home Office and the Department of Industry (DTI).

1983: The Home Office relinquished control of the station, which then became an executive agency of the DTI.

1990: The Radio Regulatory Section of the DTI became a separate executive agency known as the Radiocommunications Agency.

2003: The Radiocommunications Agency and four other regulators were brought together to create Ofcom. 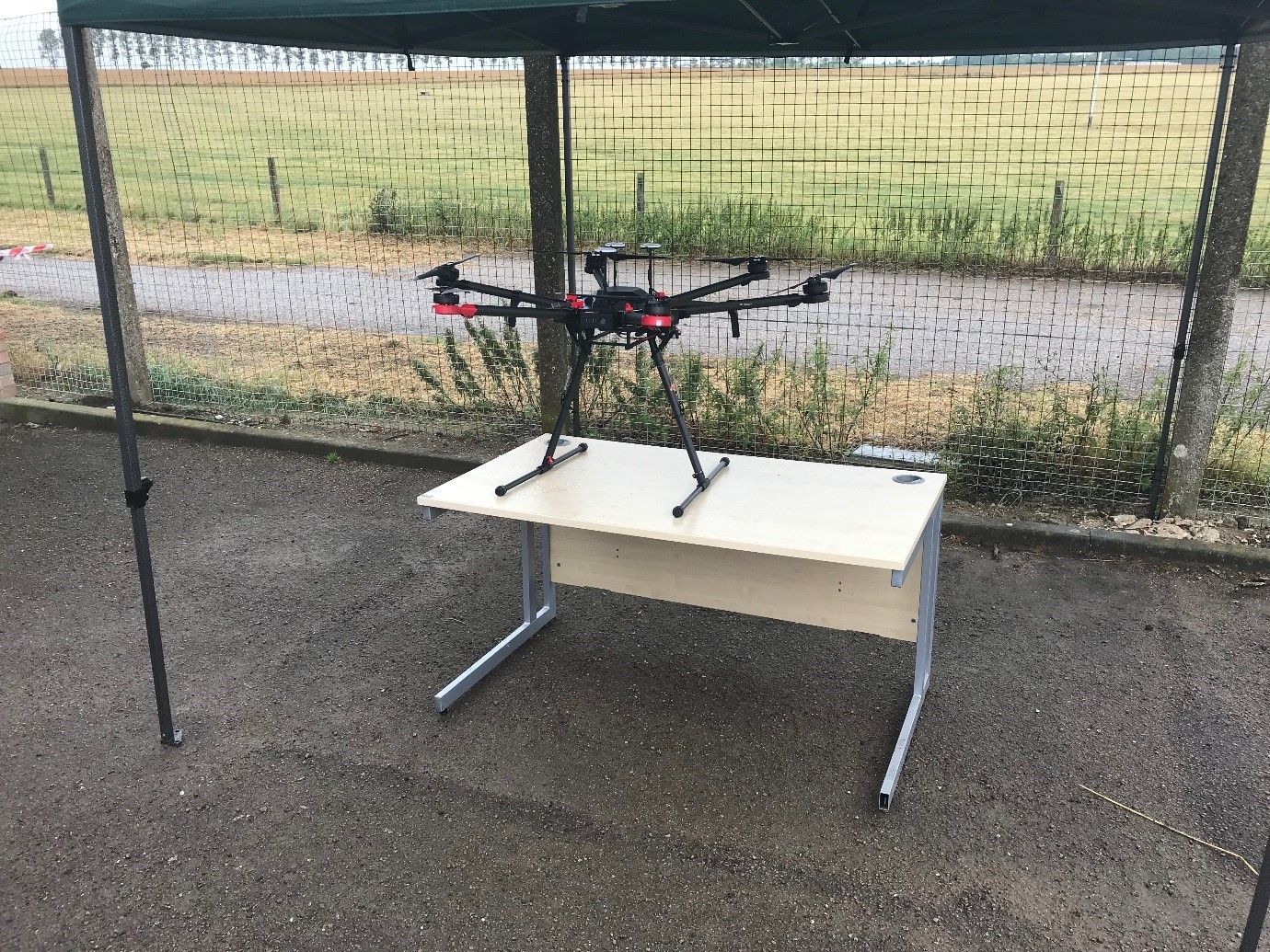 A drone at this year's IET Engineering Open House event

The work is still incredibly varied. One of Baldock’s biggest projects in recent years was the 2012 Summer Olympics. Field engineers used Baldock as their base for ensuring the games were broadcast to a huge global audience as planned, without interference. Much of this work involved the deployment of remote-control sensors in event venues like the velodrome, to help locate and address any interference.

Every device that was used to help broadcast an Olympic event, be it in London, Weymouth or Eton Dorney, had to be tested and tagged before it could be used, to avoid interference issues. This meant the superhuman performances of the likes of Usain Bolt, Sir Chris Hoy and Sir Mo Farah were seamlessly broadcast to the world – owing to the work of the spectrum engineers.

Managing this was an extremely complex task, involving engineers at Ofcom working with people on the ground at events across the country, and co-ordinating activity with engineers from other regulators.

If the last 90 years have proven anything, it’s Baldock’s ability to evolve with the times. With wireless technologies such as 5G set to grow rapidly, it’s certain that Baldock’s work will change even further in the next 90 years.