Ofcom has today revealed which broadband and phone companies get the best and worst satisfaction scores from their customers.

Our report looks at the customer service provided by the UK’s major telecoms firms. It is based on detailed customer research and industry data.

The findings give consumers an idea of what level of customer service they can expect to receive, helping them to shop around for a provider that’s right for them.

Find out how the providers performed

Overall, 83% of broadband customers are satisfied with their service. This is similar to last year’s figure of 80%. Meanwhile, 13% had reason to complain in 2018, down from 15% last year.

TalkTalk achieved below-average scores in several areas, with its broadband customers less likely to be satisfied with their overall service and less likely to recommend TalkTalk to a friend. 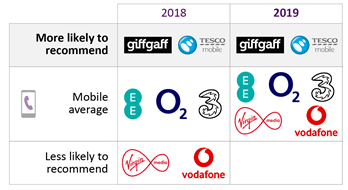 When it comes to mobile customers, 93% are satisfied with their overall service - similar to last year’s figure of 91%. Only a small proportion, 3%, said they are unhappy.

Giffgaff and Tesco Mobile customers are more likely to recommend them to a friend. Their customers also have above-average satisfaction with value for money (97% for giffgaff and 92% for Tesco Mobile, compared to an average of 87%).

Vodafone customers, on the other hand, are less likely to be satisfied with value for money (82%), while Virgin Mobile customers have below-average satisfaction with how their complaint is handled.

However, satisfaction with mobile reception is increasing across the board (87%, up from 84% last year). Our mobile coverage checker lets you easily see how estimated coverage levels compare across the UK and among different mobile firms.

Complaints to Ofcom about broadband firms fell by 23% last year. Most companies ended 2018 better than (or broadly the same as) they started the year.

However, complaints about Plusnet – owned by BT – more than doubled in the last quarter of 2018. In that period, the company experienced issues with a new billing system it had launched. 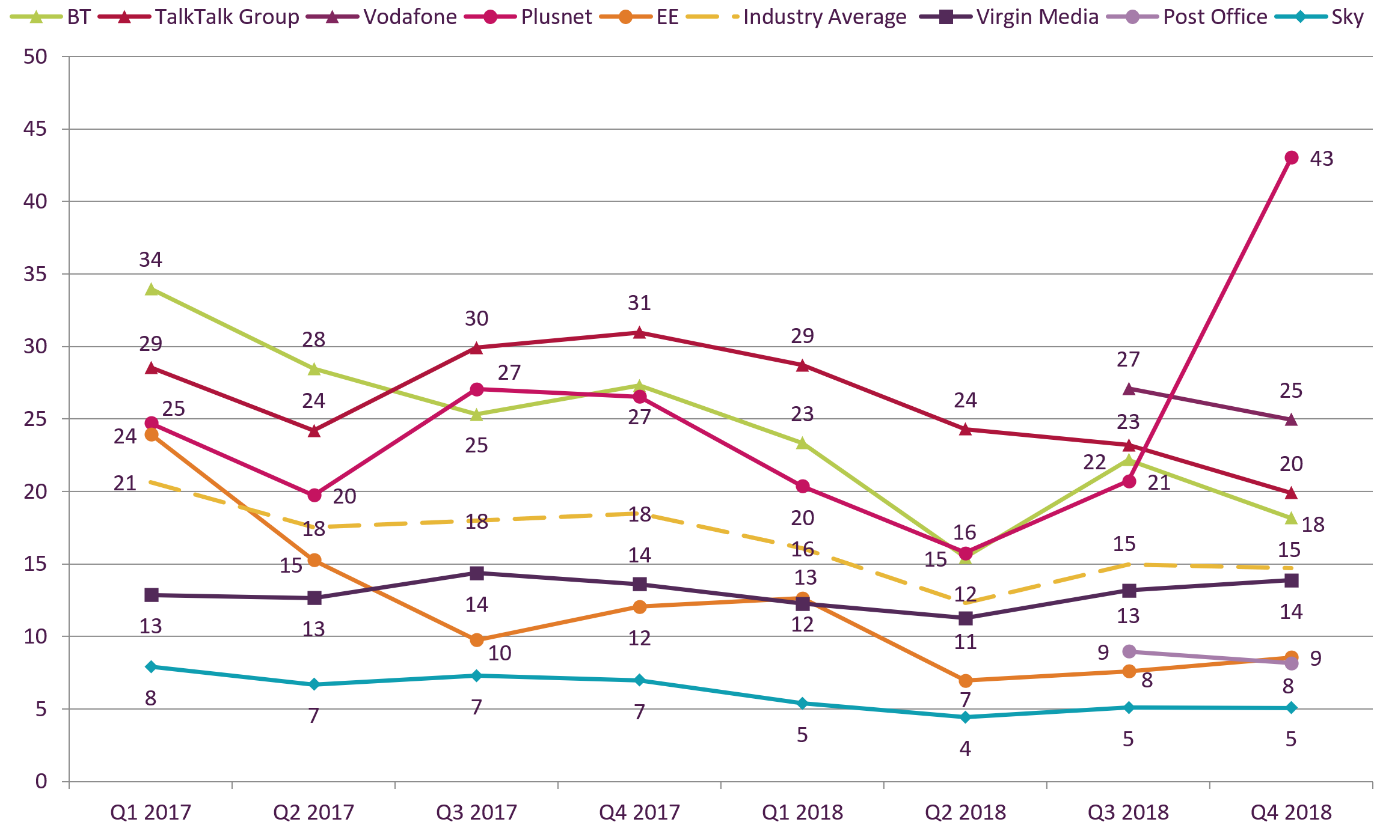 Complaints to Ofcom about mobile companies fell by 15% last year.

For the first time, Sky Mobile is included in the mobile league table and had the fewest complaints. This means Sky is the least-complained-about provider across all four services – broadband, landline, mobile and pay TV.

Lindsey Fussell, Ofcom’s Consumer Group Director, said: “Shabby service can be more than just frustrating; it can have a big impact on people and small businesses who rely on being connected.

“When you’re shopping around for a phone or broadband service, quality can be just as important as price. This information can help buyers make the right decision.”

As well as giving customers the information they need to choose the best provider for them, we are working to improve service quality by introducing:

We have also set out plans to make companies tell people when their contracts are coming to an end, and what their best available deals are. And we are reviewing broadband companies’ pricing practices, examining why some people pay more than others, and how mobile operators charge for handsets when these are bundled with airtime.