New alerts to help you shop around

Customers of landline, broadband, TV and mobile services must be told when they are approaching the end of their minimum contract period, under new rules proposed today by Ofcom.

More than 20 million customers of these services are currently outside their minimum contract period, and more than 10 million are on deals with an automatic price increase at the end. This means millions of people could be paying more than they need to. For example, customers who bundle their landline and broadband services pay, on average, around 20% more when they are out of contract*.

The plans are part of Ofcom’s work to help people shop around and secure the best deal, whether by switching provider or getting a new deal with their existing one.

We have been looking at how consumers could avoid price increases and take advantage of the wide choice available in the market.

Currently, most providers don’t remind their customers when their minimum contract period is coming to an end. Nor do they explain what will happen after the contract ends.

So, we are proposing new rules that mean providers must notify their customers when their contract is coming to an end. This notification would tell them about any changes to their price or services and let them know their options, including that they could be able to save money.

Providers would also be required to send a one-off ‘out-of-contract’ notification to all existing customers whose initial contract has ended, but who weren’t given this information at the time.

The notification should be sent in line with how the customer has said they prefer to be contacted. For example, this could be a letter, email or text message.

Lindsey Fussell, Ofcom’s Consumer Group Director, said: “There is so much choice out there for people, but we’re concerned many are paying more than they need to – particularly those who are out of contract.

“So, we’re looking at ways to make it as easy as possible for people to shop around for the best deal. Consumers have told us they want to be alerted that their contract’s coming to an end and get advice on what their options are, and we’re proposing that providers must do exactly that.” 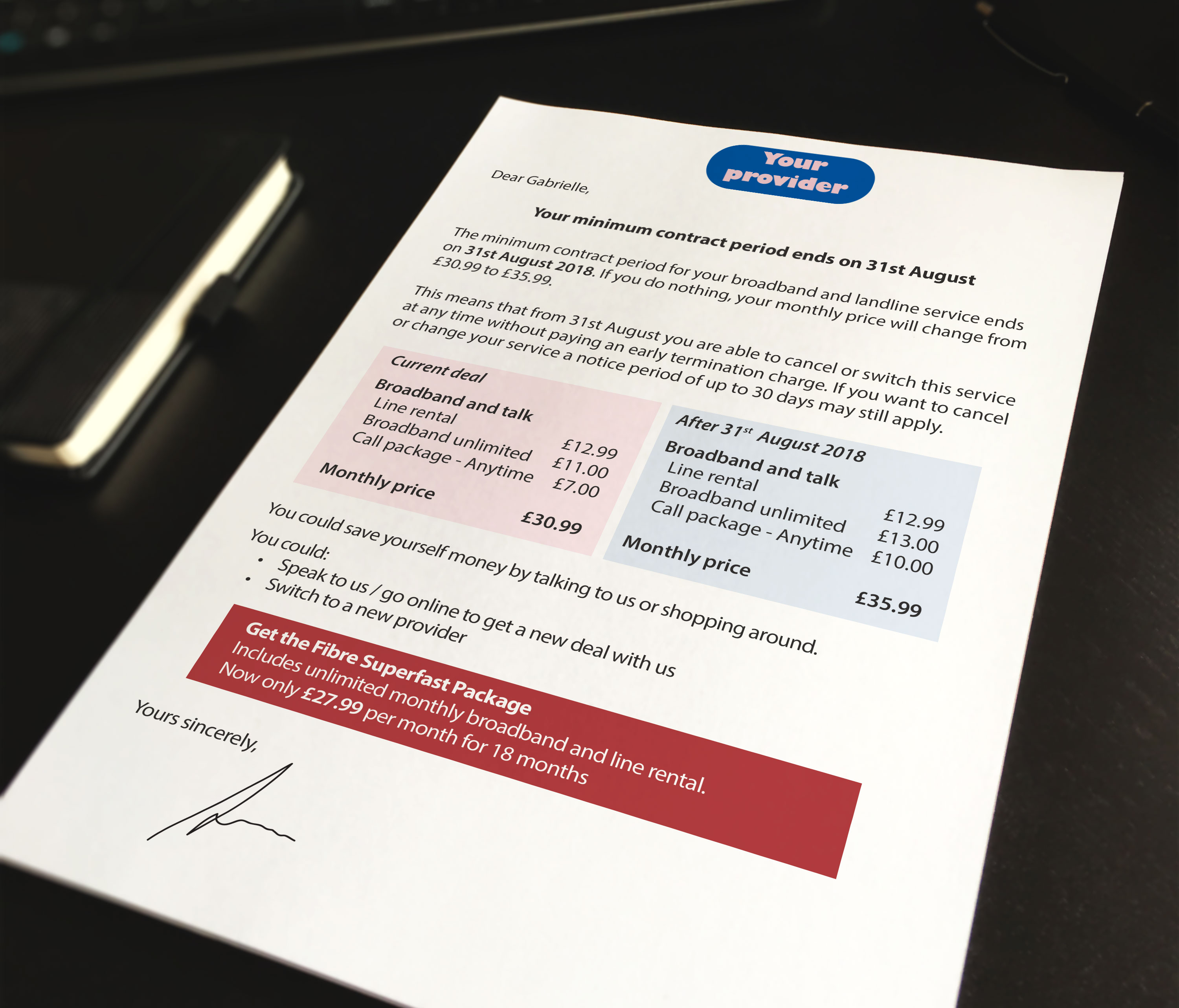 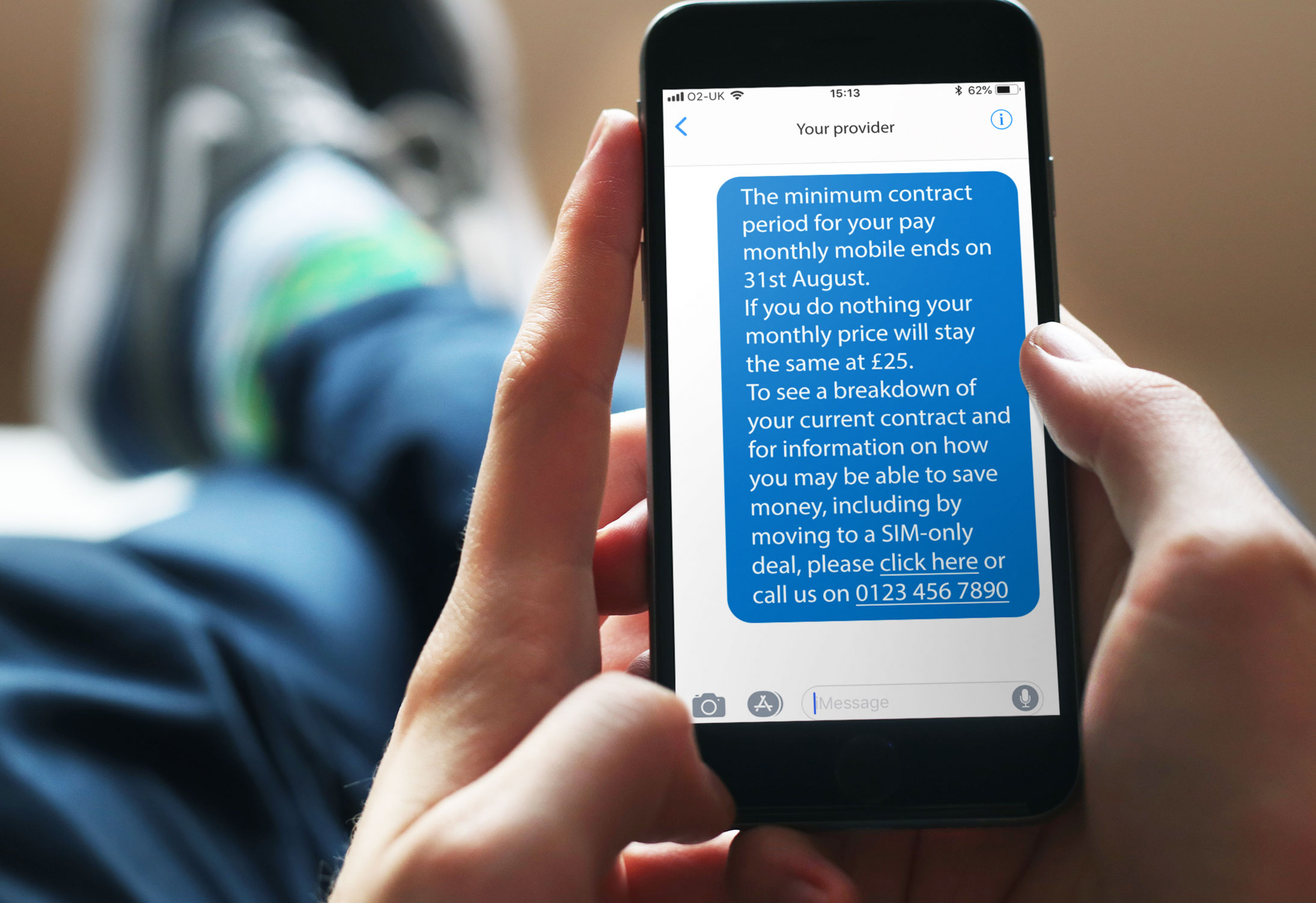 Millions of people are out of contract and overpaying

When a customer’s minimum contract period ends, they are no longer tied to their existing deal and have different options available to them. If they do nothing at this point, their contract is likely to continue on a monthly rolling basis. They may face a price increase, or the deal they originally signed up to may change.

Our research showed many people are unsure whether they are still in their minimum contract period, or when their contract ends. So, customers often stay on the same deals for longer than necessary, paying higher prices and potentially missing out on deals that could improve their package or save them money.

*References to ‘end-of-contract’ or being ‘out of contract’ relate to customers’ minimum contract period.