Half of people now get their news from social media

Half of adults in the UK now use social media to keep up with the latest news, according to Ofcom’s annual news consumption report.

Our study, News consumption in the UK: 2019, looks at how adults and older children in the UK access news content across television, radio, print, social media, other internet sources and magazines.

It found that while TV is still the most popular way for people to access news, its use has fallen since last year, from 79% to 75% of adults. At the same time, use of social media for news has risen from 44% to 49%.

After TV, the internet is the next most popular platform for news in 2019, used by 66% of adults. Radio comes next, at 43%. Over a third of adults (38%) get their news from traditional print newspapers but when combining print with newspaper websites and apps, this increases to 49%.

BBC One remains the most popular news source, despite a fall in use since last year, from 62% to 58%. Use of the BBC News Channel and BBC Two for news has also fallen since last year.

Magazines are rated more favourably than any other news source for quality, accuracy, trustworthiness and impartiality.

Social media platforms tend to be rated least favourably on these measures. For example, only 37% of people who use social media for news said they thought it was impartial, compared to 78% of users of magazines, 62% for TV, 61% for radio and 58% for print newspapers.

Six in ten children aged 12-15 claim to be interested in news. Three-quarters of children in this age group said they read, watched or listened to news at least once a week. 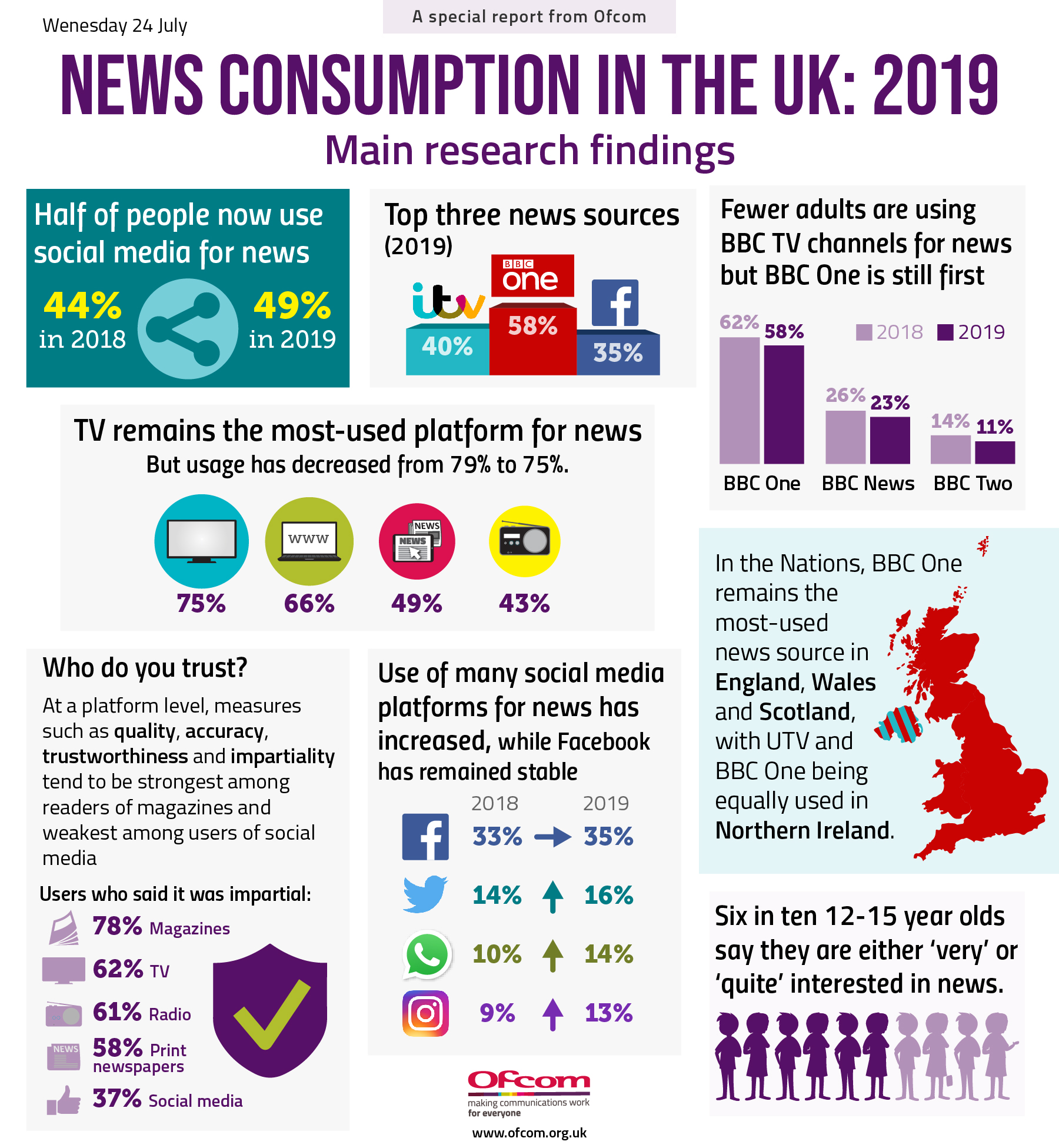