An episode of 2018’s Celebrity Big Brother was the most complained-about TV show of the decade, new Ofcom figures reveal.

As the 2010s draw to a close, we’ve published a list of the ten television programmes that prompted the most complaints from viewers over the last ten years.

More than 25,000 people complained about last year’s Celebrity Big Brother on Channel 5, when Roxanne Pallett claimed she had been assaulted by fellow housemate Ryan Thomas. The episode generated around half of all the broadcasting complaints we received in 2018, making it by far the most complained-about programme of the decade.

Next on the list was an episode of Loose Women on ITV, also from last year, which drew almost 8,000 complaints about an interview with guest Kim Woodburn. The rest of the list is dominated by reality shows and news programmes.

Most complained-about shows of the decade Tony Close, Ofcom's Director of Content Standards, commented on the findings in a blog post today, in which he also explains how Ofcom makes decisions about the complaints we receive.

Viewers and listeners can complain to Ofcom about content on the TV, radio and video-on-demand services we regulate. Complaints can be made by phone, online or by post, and each is carefully assessed against our broadcasting rules.

In 2019, we assessed almost 28,000 complaints from TV and radio audiences, and reviewed almost 7,000 hours of programmes. We launched 121 investigations, and found our broadcasting rules were broken in 55 cases.

Most complained-about shows of 2019 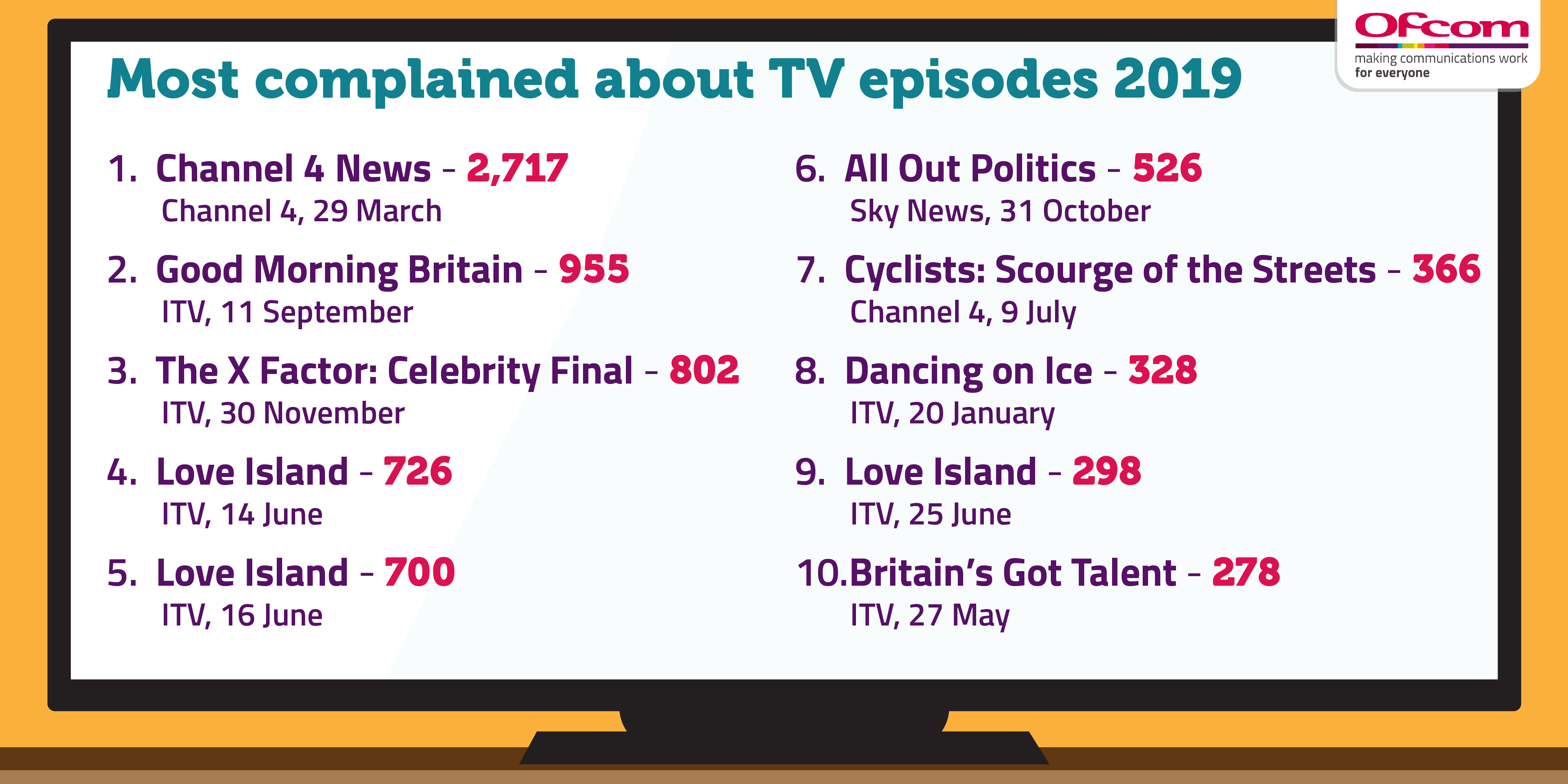