Ofcom has appointed two new members to its Advisory Committee for Scotland (ACS). The new members are Jessica McBeath, an online harms and digital citizenship consultant, and Elizabeth Partyka, former managing director at STV Productions and currently a member of the Screen Committee of Screen Scotland.

I am delighted that Jess and Elizabeth will be joining the committee. Their extensive experience in their respective fields of broadcast media and online harms will be invaluable to the ACS moving forward, in what is an increasingly complex, and rapidly changing, communications landscape. 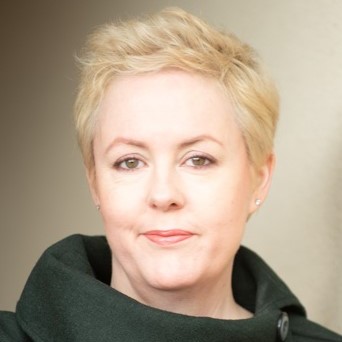 Jessica McBeath is an online harms and digital citizenship consultant. She began her career with a multinational IT company before joining a mobile software start-up. Since then, Jess spent several years in public sector strategy, delivering transformational change. She founded her online harms consultancy in 2016, with a focus on digital citizenship. Jess was awarded the NSPCC Childhood Champion Award as Schools Volunteer Scotland 2018 and has a degree in linguistics and artificial intelligence, and an MBA. Jess is currently a serving member of Borders College Regional Board. Elizabeth Partyka studied psychology at Stirling University and business studies at Strathclyde University before joining Radio Clyde to develop its social action programming, Clyde Action and Cash for Kids. She then joined the BBC, before moving to Granada TV to join the Reports Action team, led by Joan Bakewell.

Elizabeth’s career has also seen her work for Disney in London, after which she returned to Scotland, joining STV as Head of Childrens before taking on responsibility for all of STVs network production output, delivering quality drama (Taggart, Rebus) factual, entertainment and childrens. After eight years as managing director of STV Productions, she became channel controller of STV and deputy director of all of STV’s channels. She was also one of the founders of the broadcasting charity, the STV Appeal. She was awarded the Royal Television Society Scotland Award in 2015 for her contribution to television in Scotland.

Elizabeth’s non-executive roles have included being a member of court at Edinburgh Napier University (Scotland’s Screen Academy) and a board member of Creative Scotland (where she is a member of the Screen Committee and is the chair of the Finance Committee).

The new appointments to the Advisory Committee for Scotland are for a three-year term commencing from 1 September, 2020.