The joint study by Ofcom and the Information Commissioner’s Office indicates the proportion of adults concerned about using the internet has risen since last year, from 59% to 78%.

Similarly, 61% of adults have had a potentially harmful online experience in the past year. The figure rises to 79% among children aged 12-15.

The findings are included in our first annual Online Nation report – an in-depth study of how people use the internet. The report examines how people are served by websites, online content, streaming services and their attitudes towards being online.

People’s online time is growing by around 7% annually. The average UK adult spent 3 hours 15 minutes per day online last year – a rise of 11 minutes since 2017. That translates to 1,192 hours over the year: the equivalent of around 50 days on the internet. 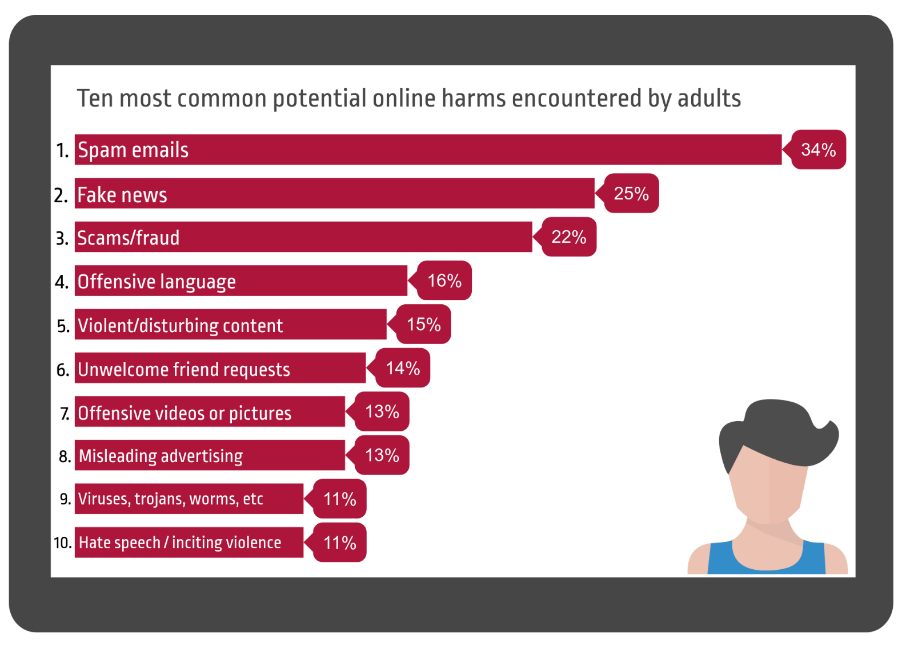 We also studied where people come across their most recent potentially harmful experience. Social media is the leading source – in particular Facebook, which is cited by 28% of its adult users, followed by Instagram (16%) and Twitter (12%).