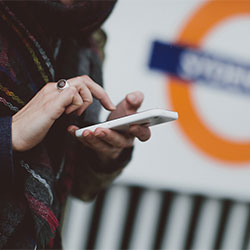 Testing was carried out in five cities across the UK - Cardiff, Edinburgh, Liverpool, London and Norwich - between November and December 2015, using the latest available measuring equipment.

To capture a snapshot of 'real-world' service quality levels for 4G networks, a range of metrics were measured, reflecting the everyday usage habits of smartphone users.

Here are the headline findings for mobile broadband and voice performance across all five cities.

(How long consumers have to wait before having content on their device (e.g. to download an app)

(How long it takes to transfer information from a device to the internet e.g. to upload a photo taken on a smartphone to Facebook).

Today's report does not provide an exhaustive analysis of mobile networks' performance. It gives a snapshot of how EE, O2, Three and Vodafone performed in a series of tests we conducted in November and December 2015, in certain locations, with reference to a set of metrics that are easily recognisable
to consumers and relevant to how they use their smartphones.

All operators carried out varying degrees of maintenance on their networks during our test period which may have impacted on their results.

Network performance is only one factor consumers should take into account when choosing their provider. Price, quality of customer service, coverage, contract terms and handset choice are also relevant and will play a part in their quality of experience.