A guide to the forthcoming spectrum auction

Ofcom is holding an auction for two bands of spectrum, which will increase the airwaves available for mobile devices by almost one third.

The 3.4 GHz spectrum is earmarked for future 5G services. Today's devices can't yet support this band, but it will become usable in a year or so. It will be vital for the future, supporting the rollout of 5G in the UK.

Who will be bidding?

We have placed two caps on the spectrum any one operator can hold, to protect competition in the market. The first means that EE, which currently holds the most spectrum, will not be able to bid for any spectrum in the 2.3 GHz band. There second is an overall cap on how much a single operator can hold after the auction. 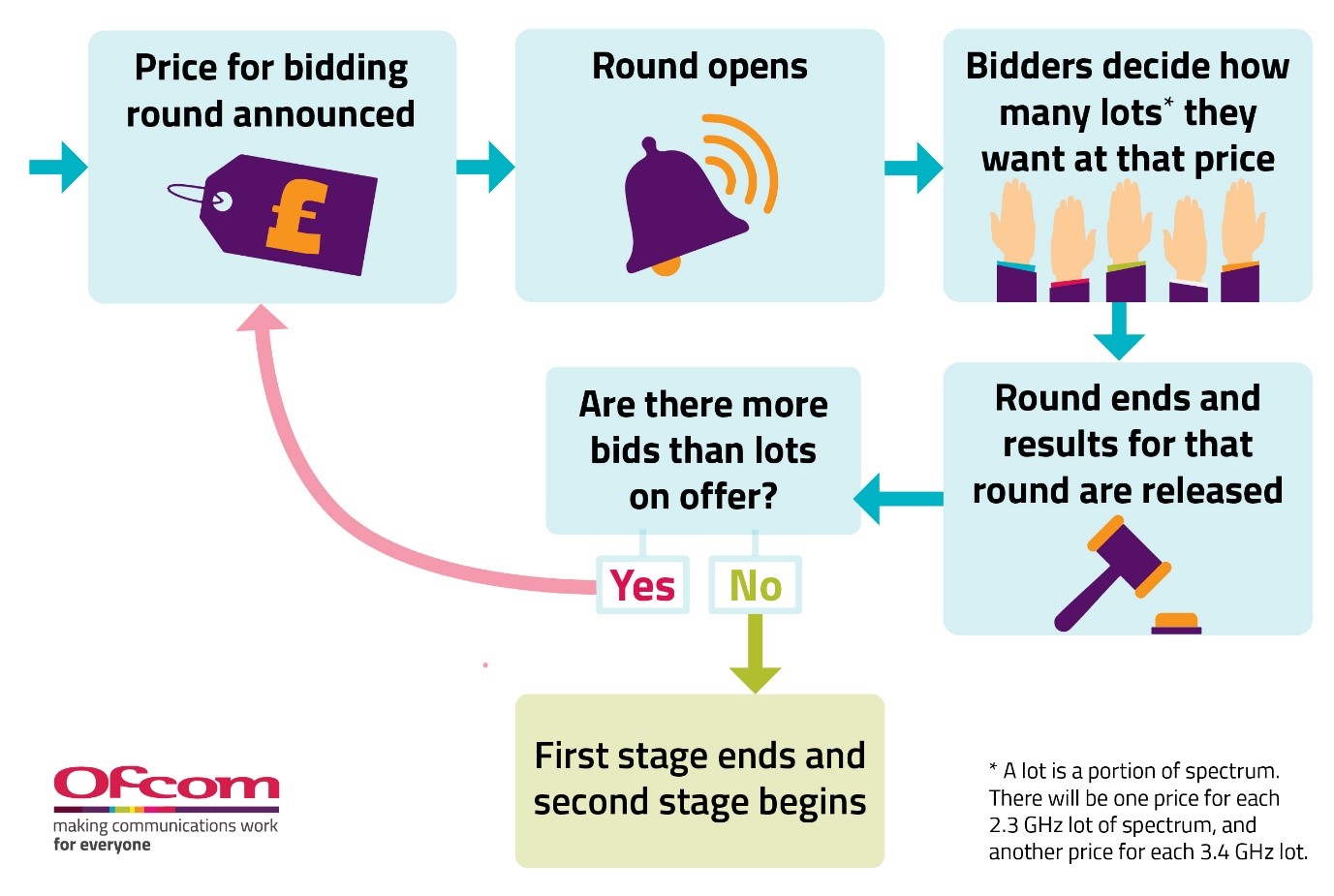