Ofcom has today published the latest league tables on the complaints it receives about the UK’s major telecoms and pay-TV providers.

Overall, complaints in the quarter across all four services remained broadly in line with the previous period. Broadband and landline services continued to generate the highest volume of complaints.

TalkTalk was the most complained-about provider for broadband and landline services. The main reason for complaints about the company was faults and other problems with its services.

Complaint volumes is one of many measures that can shine a light on service quality. Next month we will publish our annual provider comparison report, which will look at a range of other factors such as customer satisfaction. 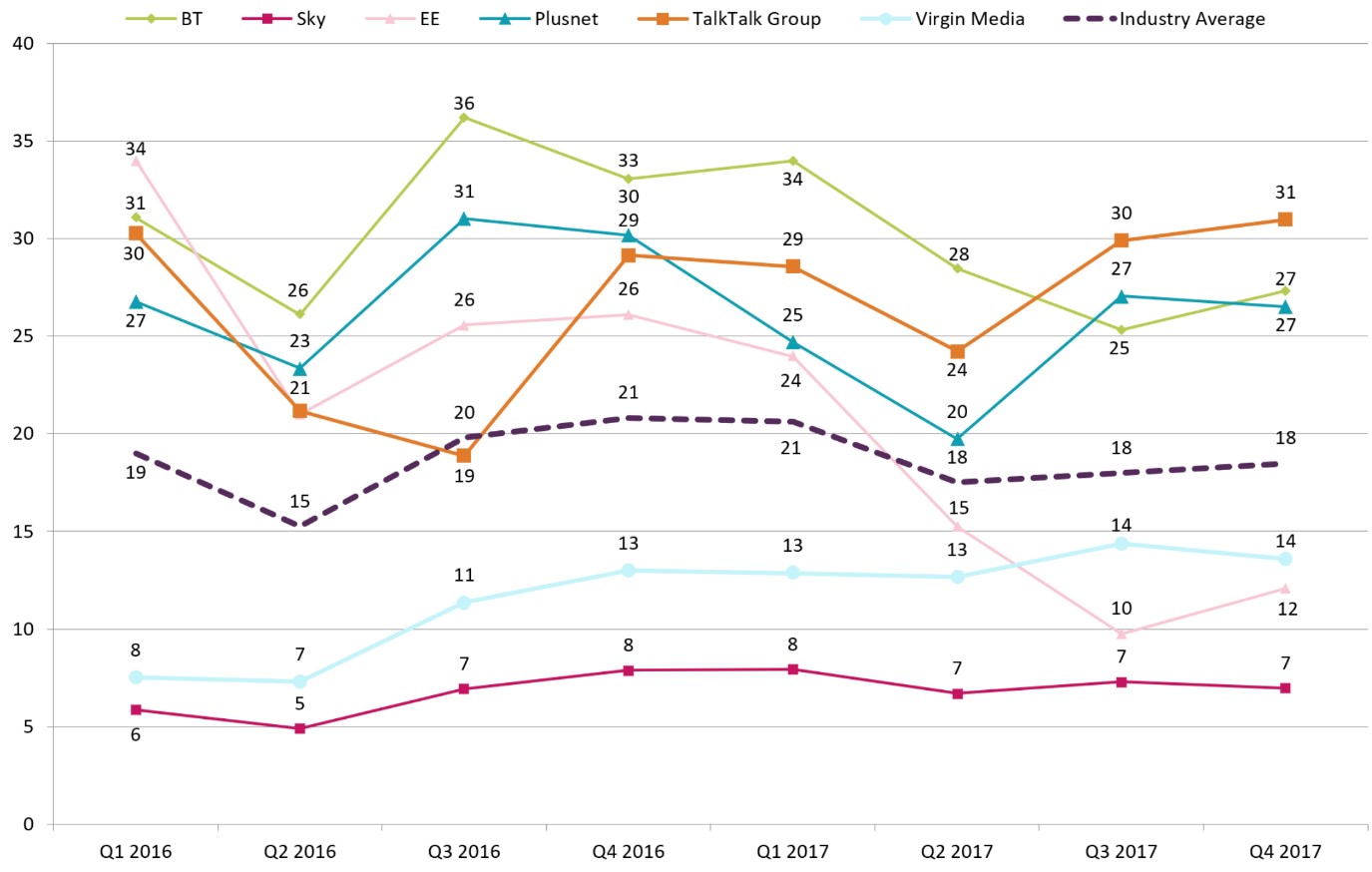 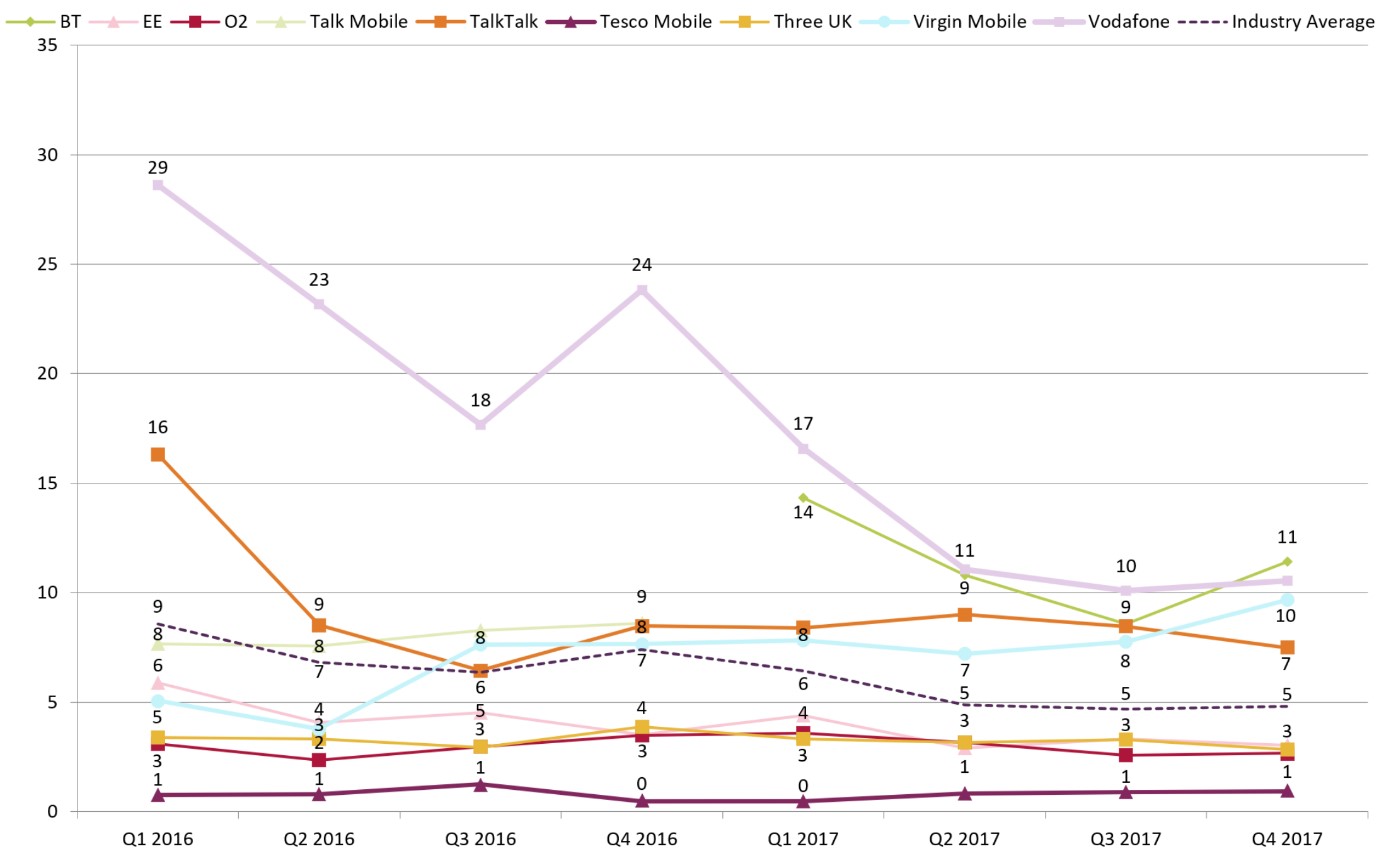 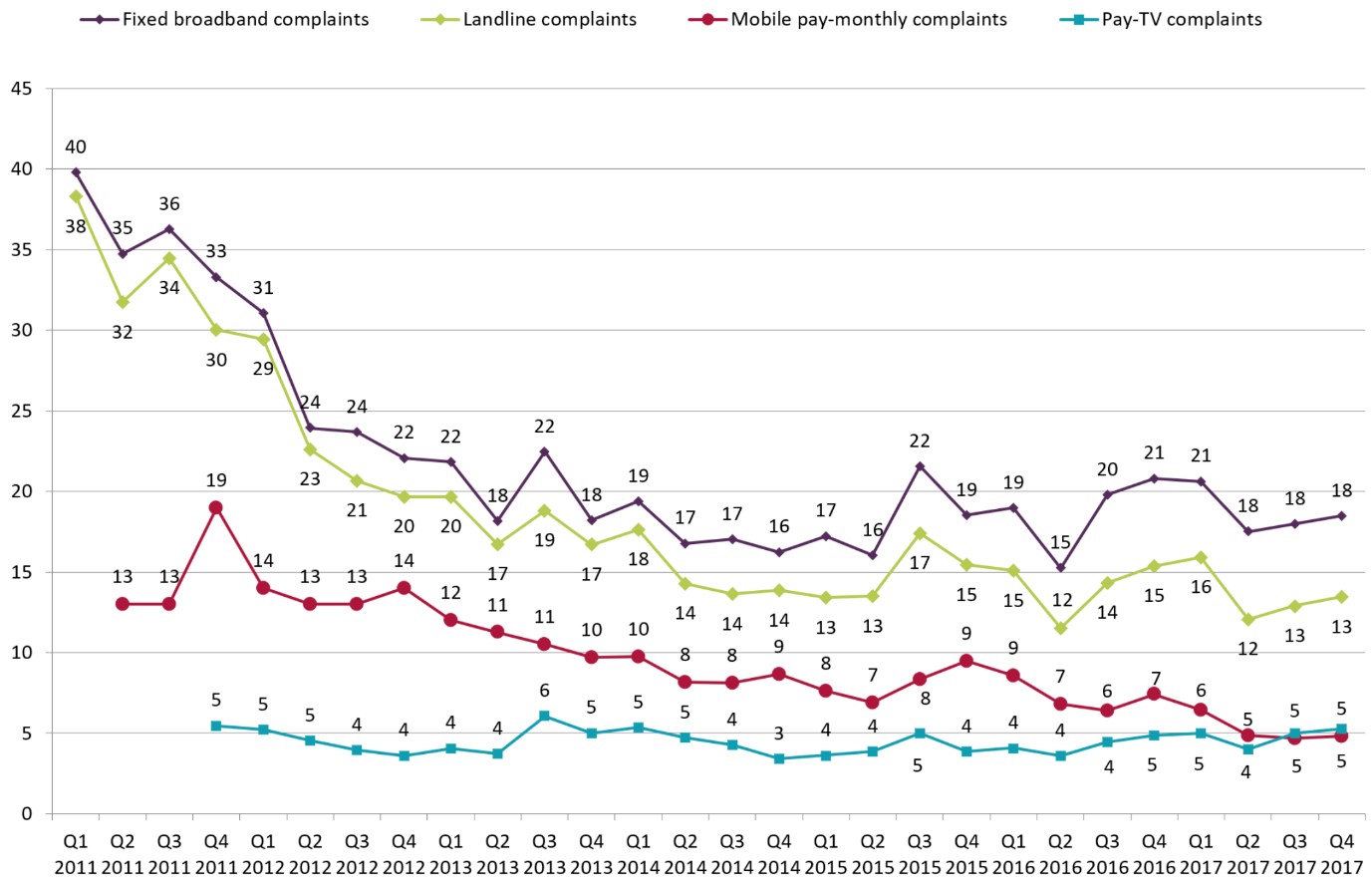