More than two million people who buy only a landline telephone service from BT would see their monthly bills cut by at least £5 per month, under plans announced by Ofcom today .

We have found that these customers – often elderly or vulnerable people who have remained with the same landline provider for decades – are getting poor value for money in a market that is not serving them well enough.1

Landline-only customers are particularly affected by price hikes in telephone line rental. Major providers have increased their line rental charges significantly in recent years – by between 25% and 49% in real terms. This is despite providers benefiting from around a 26% fall in the underlying wholesale cost of providing a landline service (see chart).

So Ofcom intends to give customers with standalone landline contracts additional protection by cutting the cost of BT’s line rental by at least £5 per month – or £60 per year.2

We are also proposing safeguards to prevent BT from making future increases to line rental and landline call costs by more than inflation.4 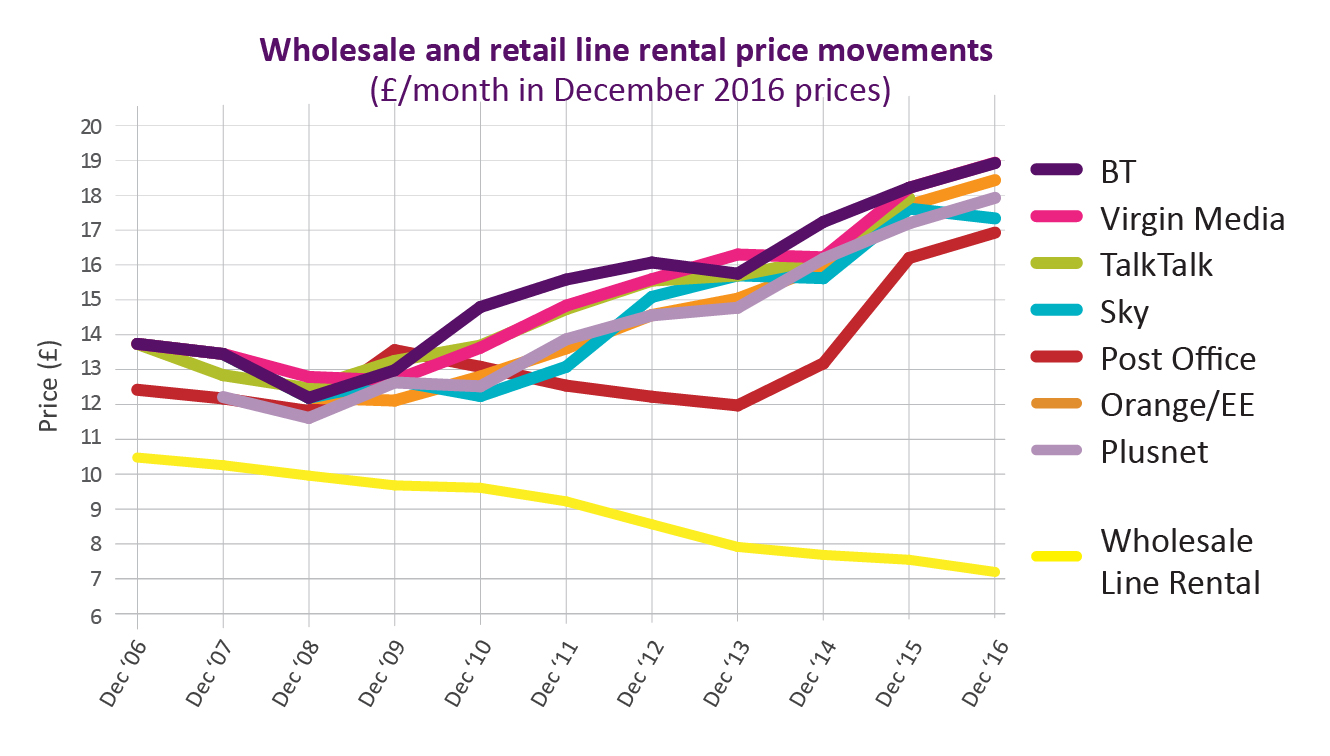