Telecoms and pay-TV complaints from January to March 2017

Ofcom has today published its regular report on the volume of consumer complaints it has received against the major providers of telecoms and pay-TV services.

The latest report covers the three-month period from January to March 2017 (Q1), and includes complaints made about providers of landline telephone, home broadband, pay-monthly mobile and pay-TV services. Complaints figures are presented per 100,000 customers.

Together with Ofcom’s Comparing Service Quality report, published earlier this year, today’s complaints data aims to give people who are looking for a new provider useful information for comparing companies' performance.

The reports also offer an incentive to providers to improve customer service standards and address recurring problems.
Lindsey Fussell, Ofcom's Consumer Group Director, said: “Our report shows that, for a number of providers, there is still much room for improvement.

“Phone and broadband companies must take all possible steps to improve their complaints handling and customer service, and we expect this to be their number one priority.” 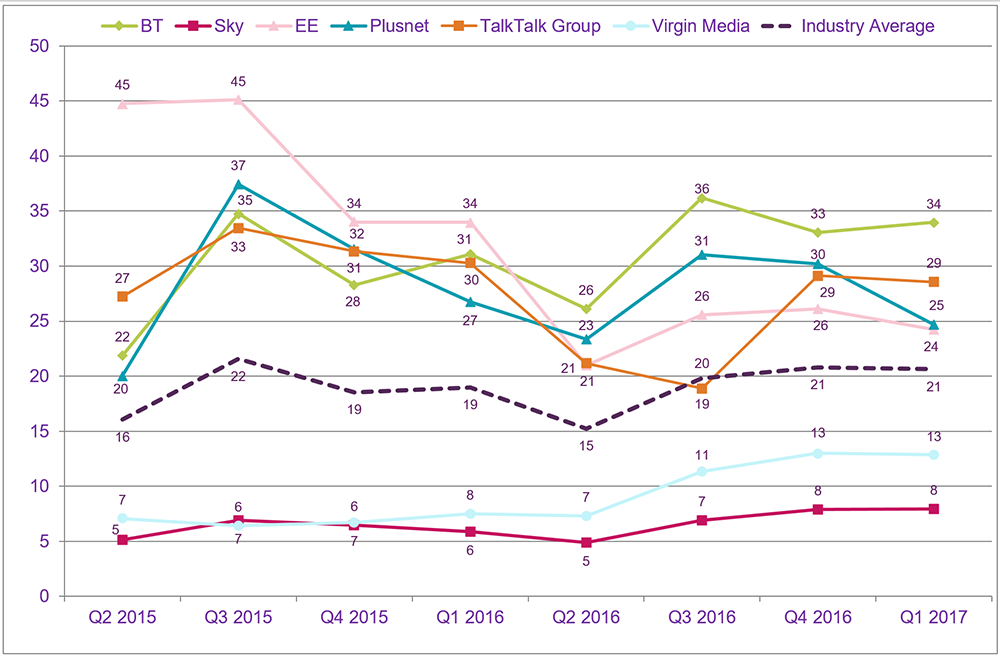 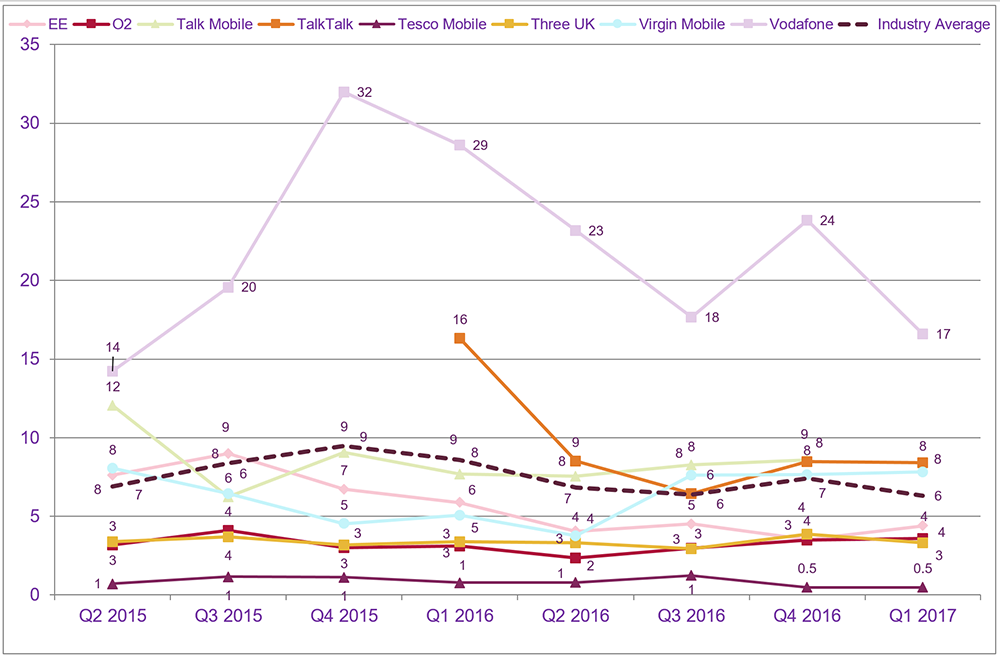 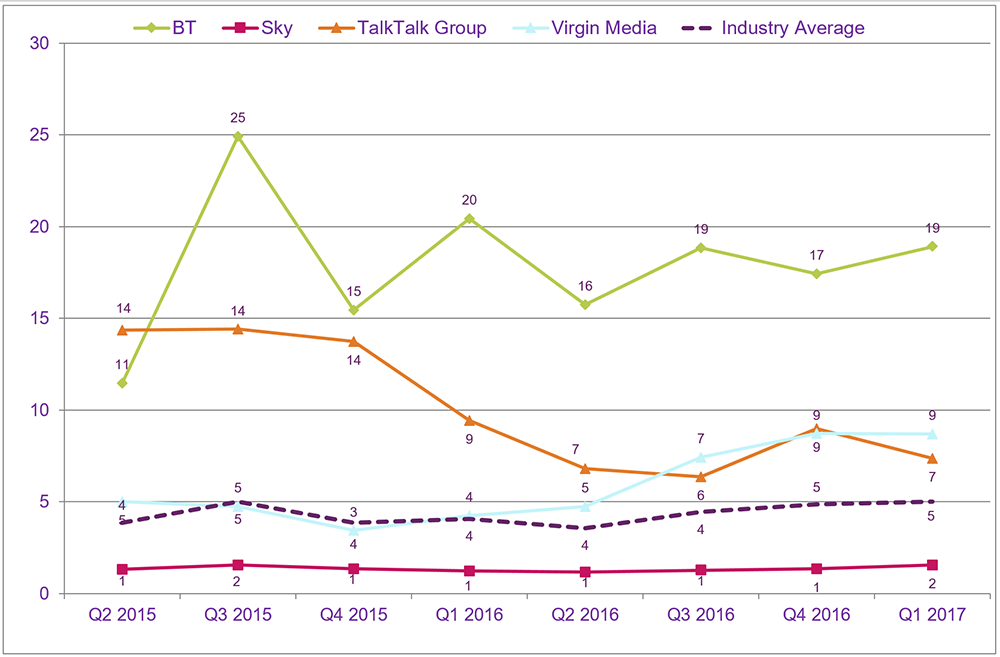 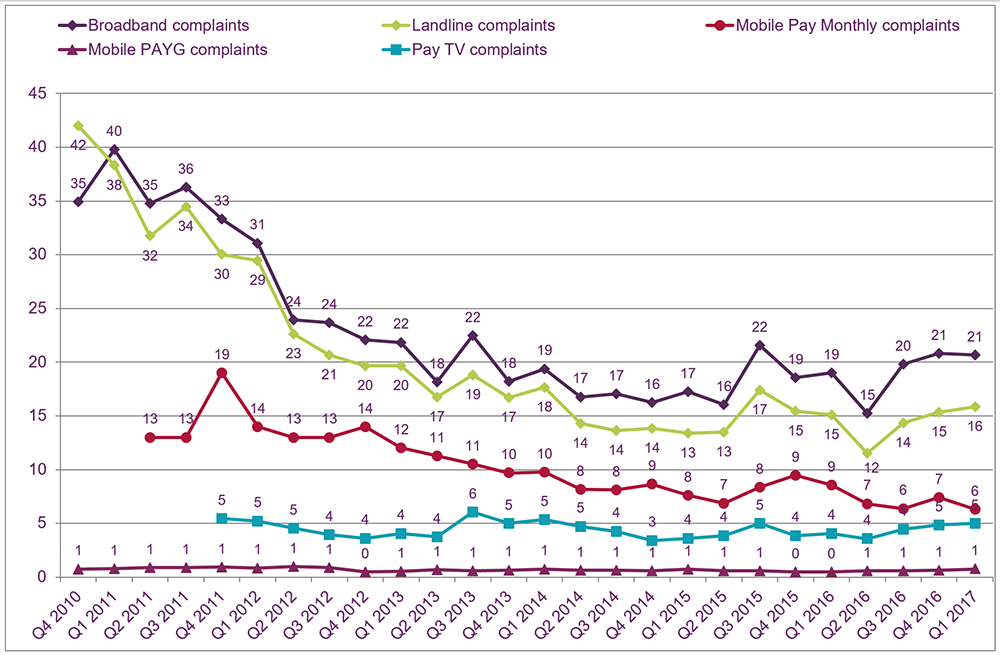