People can find out how well major telecoms providers serve their customers, using an interactive tool launched by Ofcom today.

The comprehensive report and accompanying checker allows phone and broadband customers to compare how different providers rate for answering customer calls, handling complaints, and reliability of their services.

The data draws on a combination of consumer research and complaints figures, as well as statistics obtained directly from providers that have never been published before.

The findings should incentivise providers to improve their service quality and fix recurring problems.

Importantly, they will also help inform consumers who are shopping around for a new provider.

“We’re determined to help bring about a service revolution in the telecoms sector, where consistency and excellence becomes the norm, and customers always come first.

“Today we want to shine a light on how different providers perform, and are challenging the industry to up its game on customer service. We’ll be monitoring closely to ensure industry service standards are raised.”

Findings from the report

All the findings cover the calendar year 2016.

Overall, 92% of mobile customers, 89% of landline telephone customers and 87% of broadband customers were satisfied with their service

Thirteen percent of broadband customers had a reason to complain to their provider in 2016; this is higher than the proportion of landline telephone customers (5%) and mobile customers (4%).

Getting through to customer services

On average, landline telephone and broadband customers had to wait over twice as long to speak to a customer services advisor (2 minutes, 51 seconds) than mobile customers (1 minute). Calls to technical support took two and a half minutes longer on average to answer than sales calls.

Plusnet’s landline and broadband customers waited longest to have their call answered (7 minutes, 27 seconds on average), with more than one in five of its customers (21%) hanging up before getting through.

TalkTalk was quickest at answering its landline and broadband customers’ calls, taking just 47 seconds on average. Together with EE, TalkTalk also had the lowest rate of customers abandoning calls before getting through (4%).

For mobile, O2 customers were kept waiting the longest (2 minutes, 3 seconds on average). The best performer was Tesco Mobile, which took just 30 seconds to answer.

Eight per cent of O2 customers hung up before speaking with an agent, compared with 3% of EE’s mobile customers.

Satisfaction with how complaints were handled

Satisfaction with complaints handling in the landline telephone sector did not vary by provider.

Satisfaction with reliability and performance 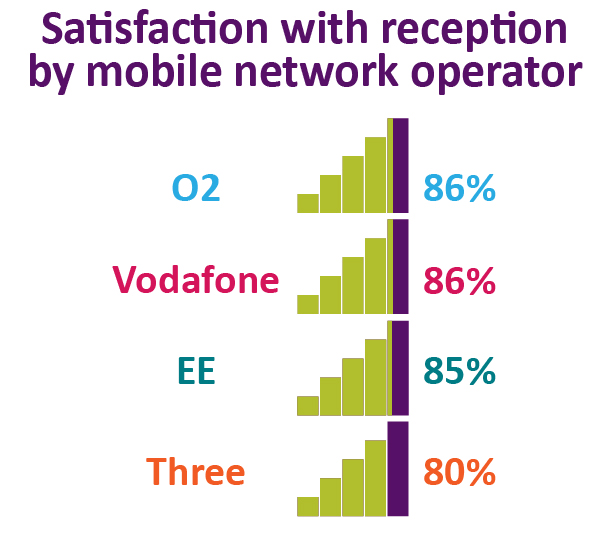 Sky set up 59% of new landline or broadband services within two weeks in urban areas and, along with Post Office, completed 52% of customer orders in rural areas within the same time.

TalkTalk was the slowest to set up its customers’ new landline or broadband services – completing only 47% of orders in urban areas within two weeks, and 42% in rural areas.

Virgin Media, which does not rely on the Openreach network, completed almost three-quarters of landline and broadband service installations within a fortnight (74%) in urban areas.

Where there’s a network fault requiring an engineer, the time taken to send the engineer will affect how quickly the issue is fixed. Providers using Openreach - the part of BT responsible for repairs and installations - can pay for a faster repair service for network problems.

In 2016, most providers that rely on Openreach paid for repairs within two working days, the lowest service level.

At the start of 2016, most of Sky and TalkTalk’s residential customers were on the next working day service level, but both providers downgraded most customers to two working day repairs during the year.

In contrast, BT upgraded most of its customers onto the next working day service level, in summer 2016. This compares the performance of 19 popular broadband packages, from seven internet providers.

The speeds offered by providers are not consistent throughout the day, and can fall significantly during busy periods due to people going online at the same time. The report finds that:

Ofcom has not been able to publish certain quality of service information, either because providers do not currently collect it, or they do so in a way that doesn’t allow like-for-like comparisons.

In future, we expect to use new powers – likely to be conferred by the forthcoming Digital Economy Act – to require providers to collect more information in a way that allows performance to be directly compared. This might include areas such as fault rates and repair times. 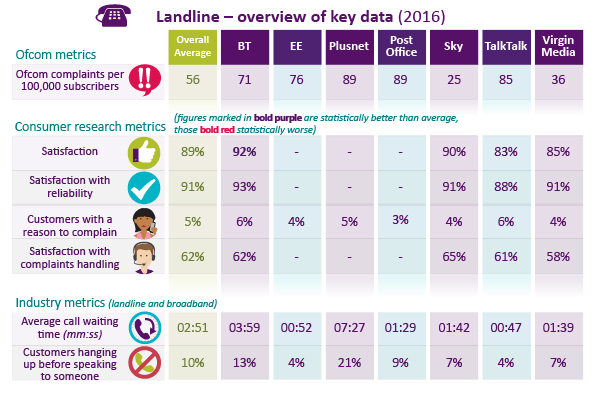 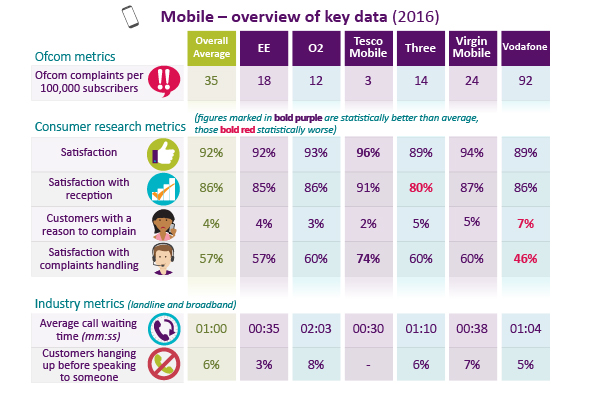