Appointments to the board of MG ALBA

Ofcom has today announced four appointments to the board of MG ALBA, the body responsible for ensuring that high-quality television programmes in Gaelic are made available to people in Scotland.

Ofcom’s recommendation for the appointments has been agreed by John Swinney MSP, Scotland’s Deputy First Minister and Cabinet Secretary for Education and Skills. This follows an independent selection process by Ofcom in Scotland.

The new members are:

Lisa is a fluent Gaelic speaker, hailing from Mallaig, and is a graduate of Sabhal Mòr Ostaig. She is a digital content producer with 12 years of experience in broadcast TV and film production. Lisa started her career with the content team at MG ALBA prior to the launch of BBC ALBA in 2008. Since leaving MG ALBA in 2013, she has worked in production both internationally and in the independent Gaelic sector.

Rhoda was born and brought up on the Isle of Lewis and is a native Gaelic speaker. Her career in broadcasting, both on screen and in production, eventually led to Rhoda becoming a senior member of STV’s management team. As Head of Gaelic at STV, Rhoda was responsible for the creation of a range of TV programmes including Speaking Our Language, the long-running series which she produced and presented.

In 2003, she was appointed Special Adviser to then-Secretary of State for Scotland, Helen Liddell, before becoming a communications and campaigns consultant. Rhoda is currently a senior director at Hanover Communications. Iain Macmillan is a native Gaelic speaker, born and raised in South Uist. He currently lives and works in Stornoway. An accountant by profession, Iain has spent his working life in the public sector, with service in local government, the police service, college and university sectors.

Iain has been Principal and Chief Executive of Lews Castle College UHI since January 2012. He has undertaken representative roles at regional and national level in the college sector, and within the University of the Highlands and Islands. 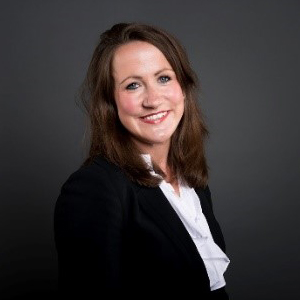 Ceit-Anna was brought up on the Isle of Lewis and is a native Gaelic speaker. She lives and works in Edinburgh as a lawyer, and called to the Scottish bar in 2012. Prior to her legal career, Ceit-Anna worked in Gaelic television and radio. Aside from her practice as an Advocate, she is a trustee of a relationship counselling charity.

Lisa, Rhoda and Iain will take up their roles on 1 January 2020, while Ceit-Anna will join the Board on 1 May 2020. All four have been appointed for terms of four years.