As more new homes and offices are built in London, there is growing demand for new phone numbers. The capital, which has the 020 dialling code, currently has 30 million phone numbers allocated across the existing (020) 3, 7 and 8 ranges.

Ofcom allocates numbers for phone companies to provide services to their customers. But fewer than a million of these are left to be handed out, and these will be used up within a year as we distribute 30,000 London numbers each week.

People in the UK still spend 44 billion minutes making landline calls every year. And while usage is declining, most home broadband connections rely on a landline which needs a number. So, Ofcom is introducing a new number range for London to meet demand.

Telecoms providers can apply for '(020) 4' numbers via the Ofcom website, and will be able to start issuing these to customers by the end of the year.

In 2000, the UK’s phone numbers were reorganised through the ‘Big Number Change’. London was given a single area code once again – 020 – and the inner and outer London divide was removed.

But five years later, Ofcom research uncovered a widespread misconception among Londoners that the city still had two area codes – 0207 and 0208. Only 13% of people, without prompting, correctly identified 020 as being London’s single area code. 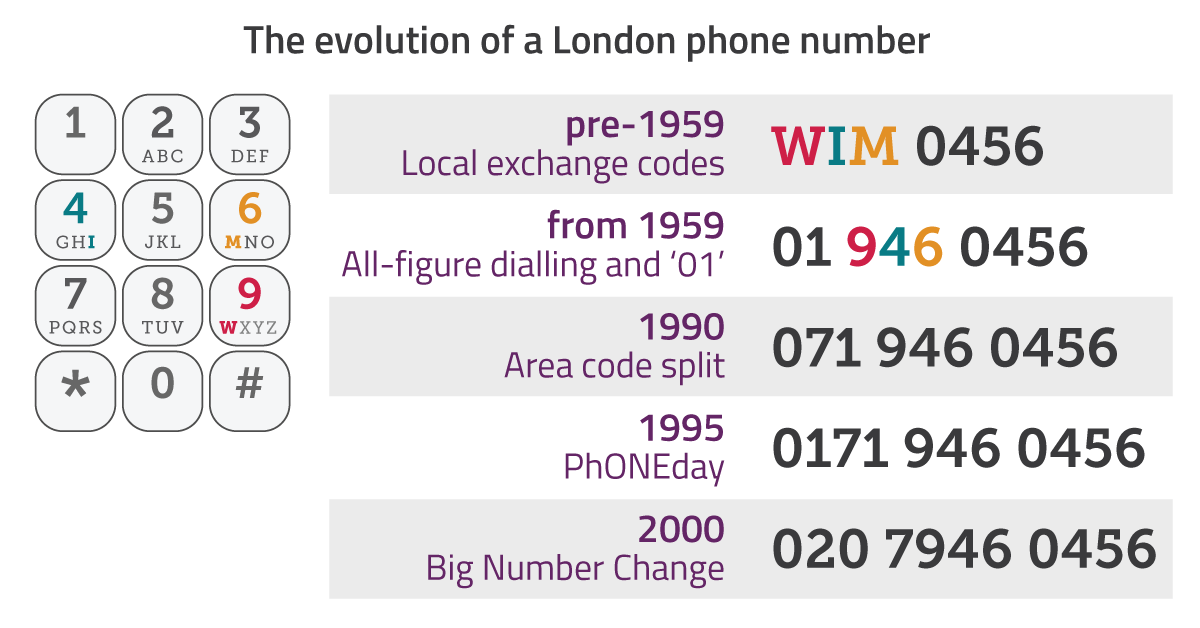