Every year, hundreds of sporting events take place across the UK that are broadcast to keen audiences at home. And Ofcom engineers play an important part in helping this to happen. Our programme-making and special events (PMSE) team attends venues before and during these events, to make sure equipment such as wireless microphones, cameras, in-ear monitors and walkie-talkies work smoothly.

Each piece of this equipment needs to use its own frequency on the radio spectrum, and these need to be managed carefully to make sure they don’t interfere with each other, or with any other technology used on or near each venue.

Recently, Janelle Jones, a spectrum planner from our PMSE team, visited legendary boxing venue York Hall in London, to run an expert eye over the equipment being used on a night of action in the ring. Here, she gives us her account of a typical sporting event for a PMSE engineer. 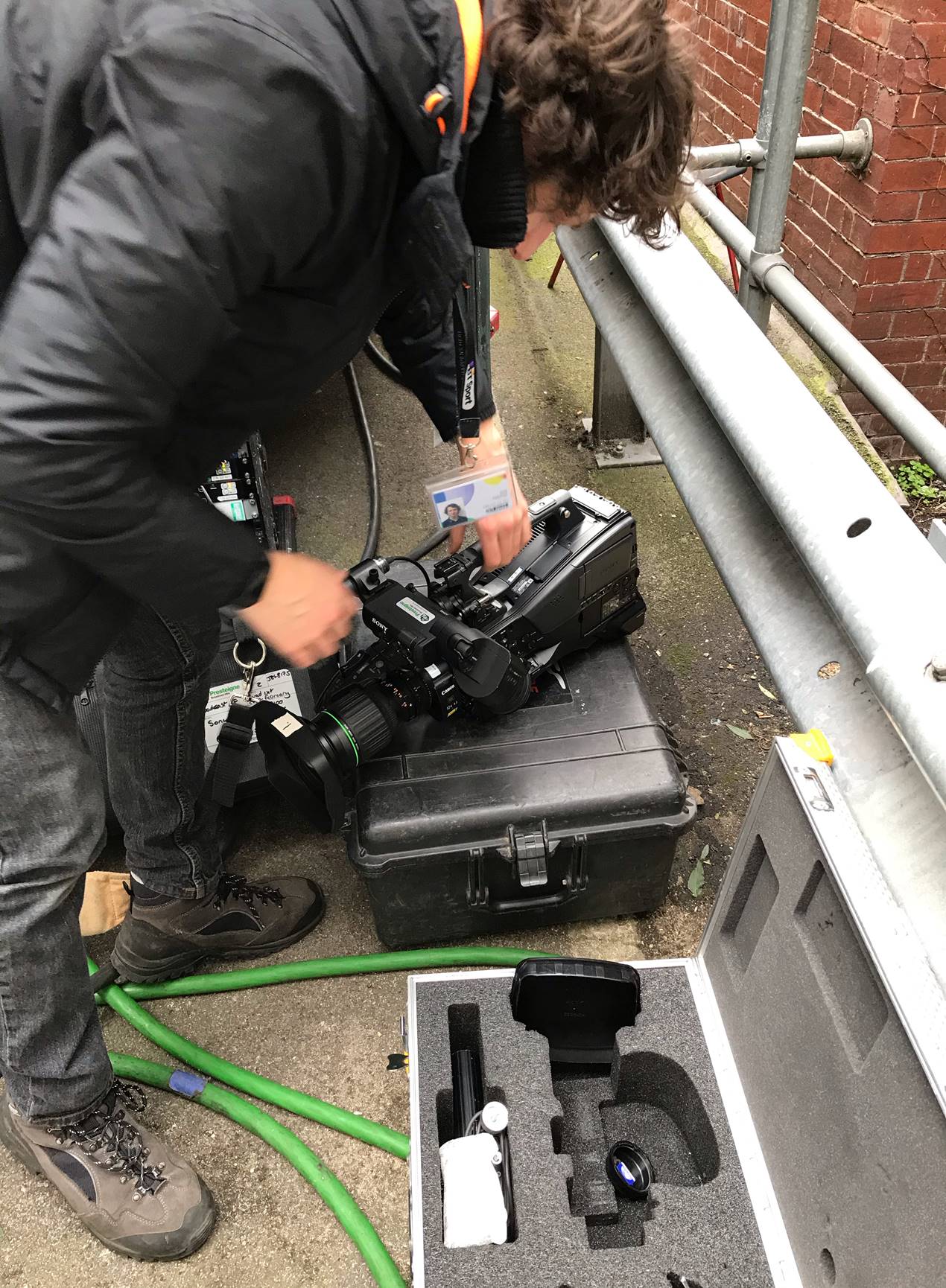 Checking out the OB truck

After arriving at York Hall, Janelle’s first port of call was the outside broadcast (OB) truck. This is the broadcasters’ ‘base’ for the evening, hosting some of their equipment and also where members of the broadcast team engineers can use monitors and other equipment to keep an eye on how things are going and what the viewers at home are seeing.

Janelle says: “I was surprised by how small the venue was, as most events that PMSE attend are major events with an entire OB compound. The engineers were busy running cable to and from the venue to the truck - this was to operate the cameras that would be stationary inside the venue.

“The OB truck itself is the hub of the whole operation,” she explains. “It unfolds to allow for three working areas. The first is the audio department, who seemed very busy – and the truck held a lot of their cables and gear.” “The truck’s second working area is the production section. This is where they decide what camera is live and also make sure the audio and video feeds are matched properly. If there’s a replay required – which is obviously common in sporting events like boxing - there’s someone compiling replay footage that can be sent to the production manager if it’s needed during the live broadcast.”

“The third area of the OB truck is the visual room, and this is where I spent most of my time. This is where all the feeds from the cameras get sent and so can be described as the broadcaster’s nerve centre for the night.”

Although she was attending the venue and the OB truck before the night’s action had started, Janelle says it was easy to imagine the high energy and stresses of working once the broadcast had begun.

After taking a look around the OB truck, it was time for Janelle to set up the gear to troubleshoot any problems that might have occurred with connections, pictures or frequencies.

Although frequency problems are rare, if one did occur Janelle’s role would be to identify the reasons, and to double-check other licensed frequencies in use nearby to make sure there was no interference. There is also the potential issue of unlicensed use of frequencies which could have caused problems with the licensed frequencies being used by the broadcaster. In this case, Janelle would have needed to find a new, clear frequency for the licensed user, and advise the unlicensed user of how to obtain a licence to make sure they’re operating legally.

Fortunately, on this occasion none of these issues occurred. So, after sorting a few teething problems with the picture and carrying out some final checks, it was over to the broadcaster’s production manager to check they were happy with everything from their end – and a thumbs-up was swiftly given.

From that point on, it was over to the broadcaster and the night’s competitors to take centre stage.