Ofcom is responsible for the rules on product placement, including what can and can't be shown on TV screens. 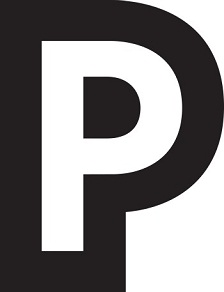 The following gives an overview of these rules and explains how you can tell whether a programme contains product placement.

What is product placement?

Product placement is when a company pays a TV channel or a programme-maker to include its products or brands in a programme.

Product placement in films and international programmes (such as US drama series) has been allowed on UK television for many years.

TV programmes made for UK audiences can contain product placement if  they comply with Ofcom's rules.

These rules apply to all programmes broadcast on channels licensed by Ofcom, including some channels that broadcast outside the UK. See a list of licensed channels.

They also apply to BBC UK broadcasting and on demand services funded by the licence fee.

No. Programme-makers also use ‘props', but don't receive payment for including them

Products could also appear in a programme by chance, not because companies have paid for them to be included. For instance, a member of the public interviewed in the street might be wearing clothing that shows a company's logo.

These rules are required by both European and UK law.

Product placement is allowed in:

Products cannot be placed in news or children's programmes.

They also cannot be placed in religious, current affairs and consumer advice programmes made for UK audiences.

Cigarettes and other tobacco products, along with medicines that are available only on prescription, can't be product placed in any programmes.

Additionally, the following products cant be placed in UK programmes:

There must be ‘editorial justification' for a product to be placed in a programme.

That means the product must be relevant to what the programme is about. The content of programmes shouldn't seem to be created or distorted, just to feature the placed products.

Programmes also can't promote placed products or give them too much prominence. There shouldn't be any claims made about how good a placed product is, or so many references to a product that it feels like it's being promoted.

If a UK programme contains product placement, the TV channel must show a special logo.

This tells viewers that the TV channel or programme-maker was paid to include products in that programme.

There are two versions of the logo so that it can be used on light or dark backgrounds.

The logo must be shown:

Read guidance on the meaning and use of these rules

What if I think the rules have been broken?

Find out how to complain to Ofcom

View a PDF of this guide