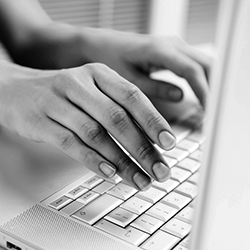 Apply for a PMSE licence

You can apply for a short-term licence online.

Alternatively, you can submit your application form by email to pmse@ofcom.org.uk. Please include:

Please make sure that you include contact details for the licensee.

You can download an appropriate application form on our Apply for a PMSE licence page. Please email your completed form to pmse@ofcom.org.uk.

More information about major events for PMSE licensees is available.

If your licence has not expired, then you can apply to renew it online.

If you do not already have an account on our online portal, please email the PMSE team at pmse@ofcom.org.uk. Please do not create a new account.

Please email the PMSE team at pmse@ofcom.org.uk for any technical changes to your licence or changes to licensee contact details.

We license frequencies for the period they are required, subject to availability and restrictions that may apply. The minimum charge is at a 48-hour rate and transaction charges may apply.

Certain frequencies are available online for wireless digital video cameras, which qualify for a 12-hour rate.

More information on our PMSE fees is available.

Yes, you will need to pay the fees before we can assign the frequencies and send you your licence.

If you wish to cancel an application because an event is no longer going ahead, then you need to let us know as soon as possible. This is so we can release the allocated frequencies for re-assignment.

If you have applied for frequencies, we have issued your licence and payment has been taken, then you will not be entitled to a refund.

You can pay by credit or debit cards: Access/Mastercard, Visa, Maestro (Switch, Solo).

Please note: you will receive a link via email where you can make payment securely. You must not submit card details in writing to Ofcom’s PMSE team by post or email.

You can also pay by bank transfer to:

If the frequency or frequencies you need are not available, you can contact the PMSE team to discuss your application. We will let you know if there are any alternative frequencies, subject to availability. Please make sure you have all the relevant information to hand (see How can I apply for a PMSE licence? above).

Any equipment that does not require a licence, or is licence exempt, must still comply with the regulations set out in Interface Requirement 2030 (IR 2030) (PDF, 930.9 KB).

There are two types of UK Wireless Microphone Licence.

Users can typically achieve 10 radio microphones in this range operating in the same place at the same time. However this can differ case by case. Access is not restricted to specific frequencies and users can re tune within the stated range to any usable frequency.

VHF - UK wide shared access to 15 spot frequencies in the range 175.250 to 209.800 MHz internally or externally and licensed on a non-protected basis for one year only.

These licences are popular due to the one off purchase with no requirement to notify us of where or when these channels are being used. However as the channels are shared users must be prepared to retune to alternative frequencies if interference from other local users is experienced.

Standard Licences are issued when a user wishes to access frequencies that are coordinated with other users or uses.

This licence is used for equipment such as radio microphones, in ear monitors or wireless cameras.

Coordination could take place with other local PMSE frequency users, or for some equipment it will be coordinated to ensure there is no television transmitting that will affect the use.

These licences require users to book on a location by location, date by date basis. Frequencies are booked anywhere between 15 minutes to one year, however annual, long term of fixed site access is usually only permitted for the permanent resident or owner of the site.

Licences are a permit to use frequencies. This means that the first time that a user requests access to frequencies, we will first issue them with a licence. Once the licence is created, the frequencies that a user wishes to access will be added to that licence.

Many short term users regularly require additional frequencies to be added to their licence. We issue a Notice of Variation (NoV) to the licence which details these changes.

We issue two types of PMSE licence - a Standard Licence and a UK Wireless Microphone Licence.

UK Wireless Microphone Licences are used for certain wireless microphone frequencies, and last for a period of one or two years. They are issued to all users who use 'shared' frequencies. The Wireless Mics and Monitors section contains details of these frequencies and licences.

Standard Licences last for a period of one year. They are issued to all users who use 'coordinated' frequencies. These are frequencies where we coordinate the use of frequencies between users, and other services.

In addition, there are ADS licences which have an additional restriction in Schedule 1 noting that licensees must also hold a Broadcasting Act Licence

A Licence is generally made up of the following sections:

Usually it is the user of the equipment who must hold the licence. There are only two exceptions.

Any licensee that holds a UK Wireless Microphone Licence may hire or loan equipment to their customers. Providing the licensee supplies their customer with a written permit, the customer may use the equipment under the licence issued to the hirer. We provide a model form of permit to all licensees.

Licence exempt and shared frequencies may be subject to interference from other users on the same frequency.

This should not happen with coordinated frequencies as these are carefully managed by us.

However, interference can come from many sources such as lights, computers, atmospheric conditions and illegal users. This means that interference free operation cannot be guaranteed.

If you suffer from interference please contact us as soon as possible. We can offer technical support to help quickly resolve interference suffered by licensed customers.

If you were able to resolve the issue yourself, please contact us to report the issue. This may help us identify a long term issue and help prevent a reoccurrence.

An indoor fixed site is a location where the frequency impact of the proposed use would be such that the same frequency could be used at an adjacent site or airborne (though we will normally avoid such assignments).

Permanent (annual) assignments are possible at indoor fixed sites where the owner / occupier of the site is directly responsible for the use of the equipment.

An outdoor fixed site is a location where the frequency impact of the proposed use extends to an area beyond the boundaries of the site such that use of the same frequency within the area is not possible.

Permanent assignments will be individually assessed.

Fees for occasional use can be capped at the 'Area' rate if appropriate.

The frequencies which you can licence high powered links on are in Channel 38.There are two specific channels that can be used which are 606.700MHz and 607.000MHz

Users are not covered to access these high powered links with a UK Wireless Microphone Licence for Channel 38.

A high powered link is classed as an audio link or an amplified wireless microphone with a greater power than 10mW (50mW body-worn) but not exceeding 1W.

Some equipment that is manufactured can tune into frequencies that do not require a licence to operate. There are several licence exempt areas for PMSE use.

Channel 70 is adjacent to use of mobile in the 800 MHz band. There should not be any interference however this is the risk taken with the licence exempt channels.

The power on channel 70 is limited to 10mw for handhelds and 50mw for body worn transmitters both internally and externally.

There is no limitation to how many frequencies can used in this channel as long as users stay within the confines of the band. On average users would probably be able to use four units at one time.

There are currently no plans to remove access to Channel 70; it will continue to be licence exempt for PMSE users.

A licence exempt WiFi band runs from 2.400-2.4835GHz and is free to use for audio equipment below 10Mw, manufacturers suggest that up to 70 radio microphones could be used at one time in the range, however there are many other uses of this band such as WiFi networks, Bluetooth short range links and microwaves.

'Included purposes' are those activities for which we can issue a licence.

'Excluded Purposes', are those activities which we cannot licence. Please contact Ofcom for appropriate frequencies.

Information on UK frequency can be found at:

The European communications office can provide information on national contacts and Ancillary to program making and broadcasting applications.

We issue licences so frequencies can be coordinated and interference avoided. By using unlicensed equipment you can cause interference to licensed users. Please make sure you have the right type of licence. If you operate equipment without a licence, you can face a fine of up to £5000 and/or serve a prison sentence. Your equipment may also be seized. If you’re unsure whether you need a licence, please contact us.