Mobile phones also use spectrum to connect to a local mast enabling you to make calls and access the internet.

The ability of radio waves to travel through the air, space and solid materials means they can be used for radiocommunication. Using these waves allows television to be broadcast into your home, or how you can have a conversation using a mobile phone. But there are many more uses for these waves.

For this reason, radio spectrum cannot be used in an uncontrolled way. To prevent interference between users, the transmission of radio waves is regulated by national laws.

What is Ofcom’s role in spectrum?

Ofcom is responsible for authorising and managing use of radio spectrum in the UK and represents the UK internationally.

The radio spectrum is a finite resource – we cannot ‘make’ new frequencies. Demand for access to the spectrum has continually grown and will continue to grow in the future. As a result, we and industry need to find ways to squeeze in more users without causing interference. Although we cannot create new spectrum, new technologies can enable it to be used more effectively, so it can serve more users and uses, and help transform the way we live and work.

How is spectrum used in the UK?

Everyone in the UK – people, businesses and public organisations – uses a range of wireless services and technologies on a daily basis.

Some of the most prevalent consumer uses of spectrum include: 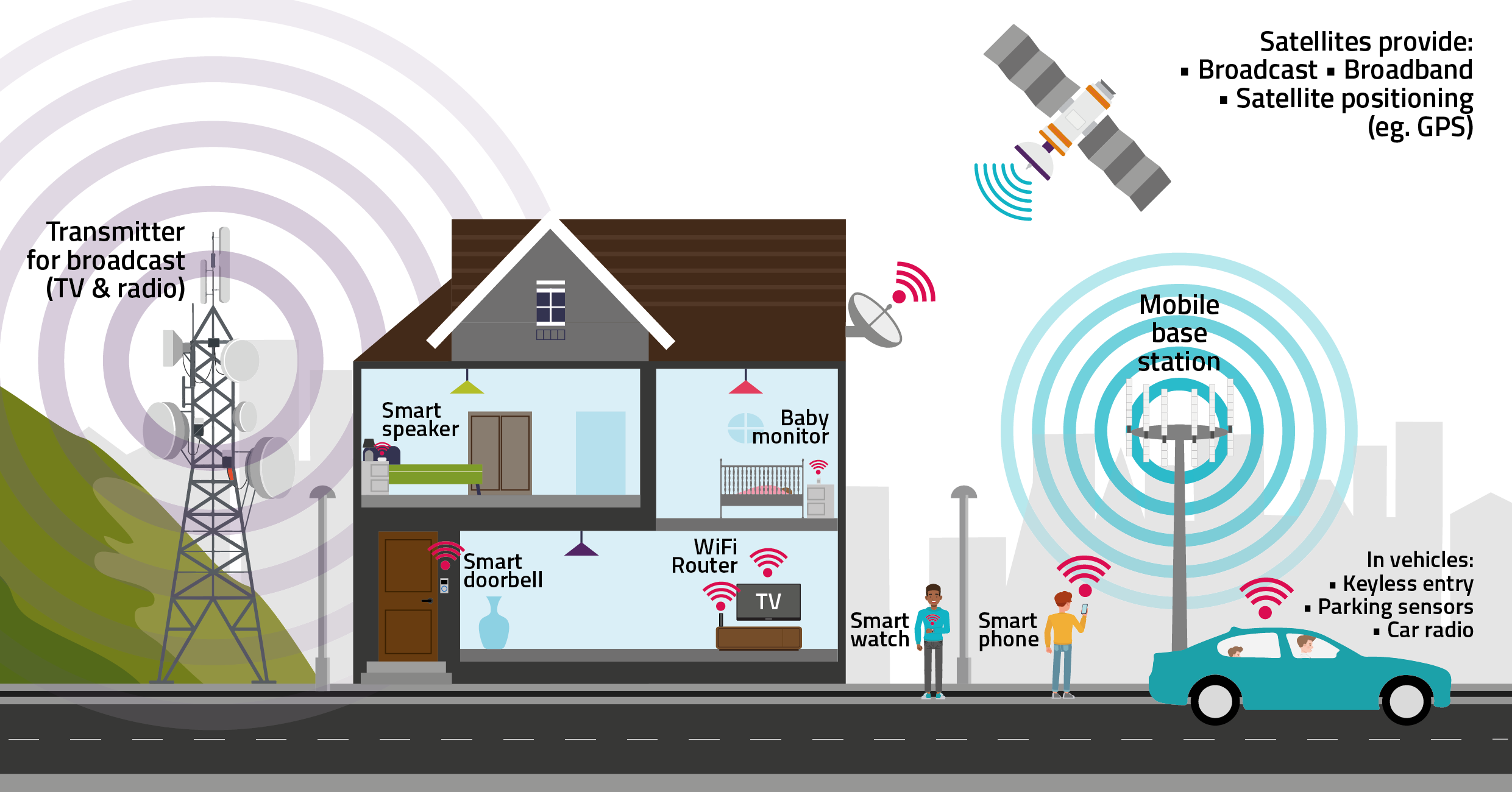 In addition to consumer uses of spectrum, many businesses and organisations make specialised use of spectrum to help them effectively manage their business and provide services. Some of the main commercial uses of spectrum include:

Spectrum is also significantly used by the public sector, with the majority of this spectrum being available for defence use.