Phone, broadband and pay-TV customers must be warned when their current contract is ending, and what they could save by signing up to a new deal, under Ofcom rules coming into force tomorrow (15 February).

Ofcom research reveals that, every day, 25,000 broadband customers come to the end of their contract – usually leading to an automatic price rise.

People can earn big savings on their monthly bills if they take advantage of discounts available when signing a new deal. But 16% of broadband customers don’t know if they are in contract, rising to 21% of over-55s.

So Ofcom is introducing rules to ensure people can see whether they are on the best deal. Phone, broadband and pay-TV companies will have to warn customers between 10 and 40 days before their contract comes to an end.[1] These alerts – sent by text, email or letter – must include:

Last year, we found that out-of-contract broadband customers could save around £100 a year, on average, by agreeing a new deal with their existing provider. Some could save £150 or more, depending on their provider. And this does not include savings people could make on their TV package too.

Among mobile customers who buy a handset and airtime bundled together in a single contract, 1.4 million could save money by switching to a cheaper ‘SIM-only’ package at the end of their existing deal. Last year, we found that they could save £75 a year, on average; but some could save as much as £150.[2]

Lindsey Fussell, Ofcom’s Consumer Group Director, said: “Millions of people are out of contract right now and paying more than they need to. These new rules make it easier to grab a better deal.

“But you don’t need to wait to hear from your provider. Just a few minutes of your time could save you hundreds of pounds today.”

Ofcom has launched a new campaign encouraging people to check whether they are in or out of contract, and helping them secure a better deal.

Our new dedicated advice hub walks customers through the quick and easy journey of making sure they are not paying over the odds – helping to earn big savings in just three simple steps: 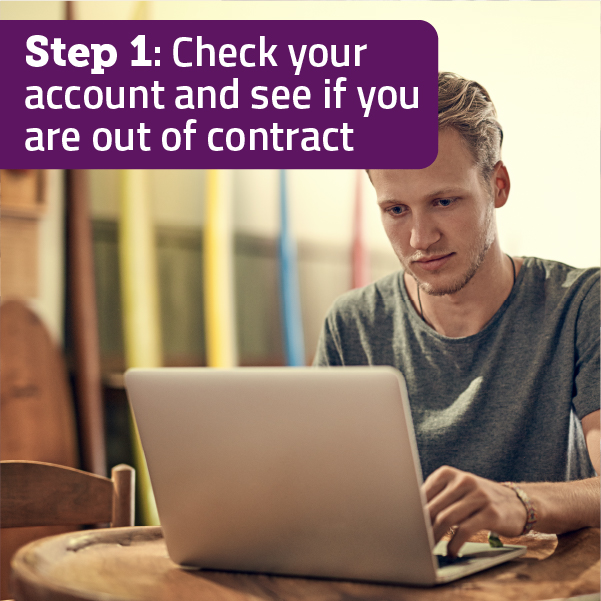 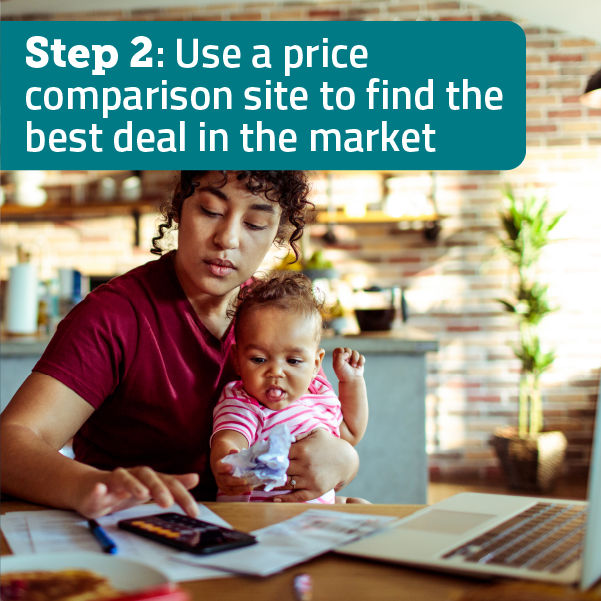 Around 30% of mobile and broadband customers are not confident in navigating the market and haven’t switched in at least two years. That rises to around 40% among over-55s. So to help people get the right deal for them, Ofcom has made it simpler than ever to shop around and switch.

Last year, we put in place extra protections for broadband customers – meaning they can walk away from their contract penalty-free if speeds drop below the level they were promised. We also introduced major reforms allowing mobile customers to switch operator by simply sending a free text message.

This is part of our ongoing Fairness for Customers programme, which is helping to make sure people are treated fairly by their provider at all times.

1. Here is an example of an end-of-contract notification sent by text message: 2. Nearly 400,000 out-of-contract mobile customers could save more than £15 per month. Given most of these customers are out of contract for less than a year, the average annual amount this group of people could save is around £150. Source: Ofcom 2019 review of mobile handset contracts (November 2018 data).